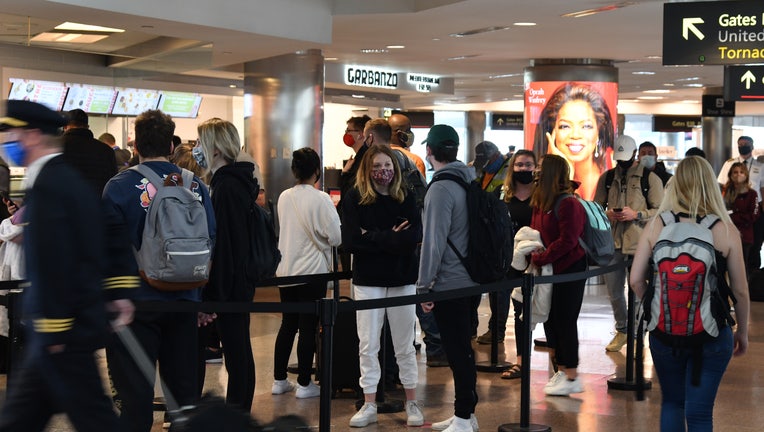 Traveling may still be crowded during the holidays this year.

The Centers for Disease Control and Prevention recently recommended against traveling for Thanksgiving due to the current surge in coronavirus infections. Based on recent reports, however, it appears that airports are still crowded despite the warnings.

Friday saw the second-highest single-day number of travelers pass through the nation’s airports since the start of the pandemic, the Washington Post reports. According to the news outlet, more than 1 million travelers were counted. While this number is high for the pandemic, it’s also still significantly lower than the estimated 2.5 million people that passed through airports on the same date in 2019.

Despite the lower number, some airports are still seeing large crowds while the pandemic continues to spread.

RELATED: Will the weather be nice enough to eat outside on Thanksgiving?

Large crowds were spotted in Sky Harbor Airport in Phoenix, Ariz., the New York Post reports. Images from the airport show that the vast majority of travelers were wearing masks, although it does not appear that people were following social distancing guidelines.

Footage from Sky Harbor airport that reportedly shows the massive crowds from Saturday was uploaded to Twitter by Max Gorden, a local reporter. He wrote, “Crowds at Sky Harbor: The day after the CDC recommended people cancel their Thanksgiving travel plans, AZ Family viewer Ed Westerfield caught this scene of passengers waiting at their gates.”

The footage has been viewed over 3.3 million times.

According to the New York Post, while the overall number of travelers passing through airports in New York City was expected to be down about 55% from last year, about 670,000 people were still expected to fly out of the city’s airports.