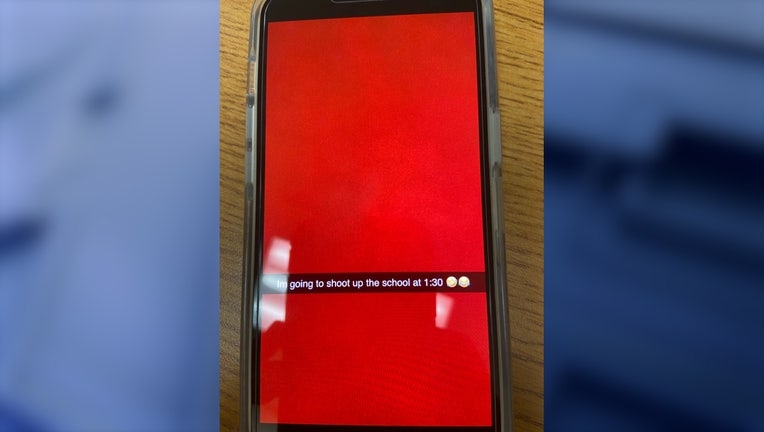 Deputies said the message was sent shortly before the last class change at 1:30 p.m. "Because of the timing, the decision was made to lock the school down so that deputies could investigate immediately," the post stated.

Detectives are working to learn who is responsible for the threat.

The school was dismissed about 10 minutes later than normal because of the investigation and to give parents some peace of mind, the dismissal took place with a heavy law enforcement presence and went smoothly.

"The Sheriff’s Office takes these matters very seriously and detectives are committed to holding accountable those who choose to make these threats, create fear, and disrupt the learning process," the post stated.

Anyone who can help identify the source of the threat is asked to call Central Florida CRIMELINE at 1-800-423-TIPS where they could be eligible for a cash reward.