A Gold Star Family in Lake County finally had a chance to step into their new home. Lake County resident Chrystal Blasjo lost her husband, Sgt. Aaron Blasjo, in 2011 while he was serving in Afghanistan.

FRUITLAND PARK, Fla. - A Gold Star Family in Lake County has been gifted a mortgage-free home.  A dedication was held on Tuesday for Crystal Blasjo and her family.

Crystal is the widow of Army Sgt. Aaron Blasjo who was killed in Afghanistan in 2011. Their son, Talon, was only eight weeks old when he died.  Crystal, Talon and Talon’s half-sister, Harper, received the house mortgage-free from the Stephen Siller Tunnel to Towers Foundation.

The foundation offers support to Gold Star Families like the Blasjos, but also does the same for the families of first responders killed in the line-of-duty.

Sadia Baxter, the wife of Kissimmee Police Officer Matt Baxter, who was killed two years ago on the job, spoke at the Blasjo’s home dedication. 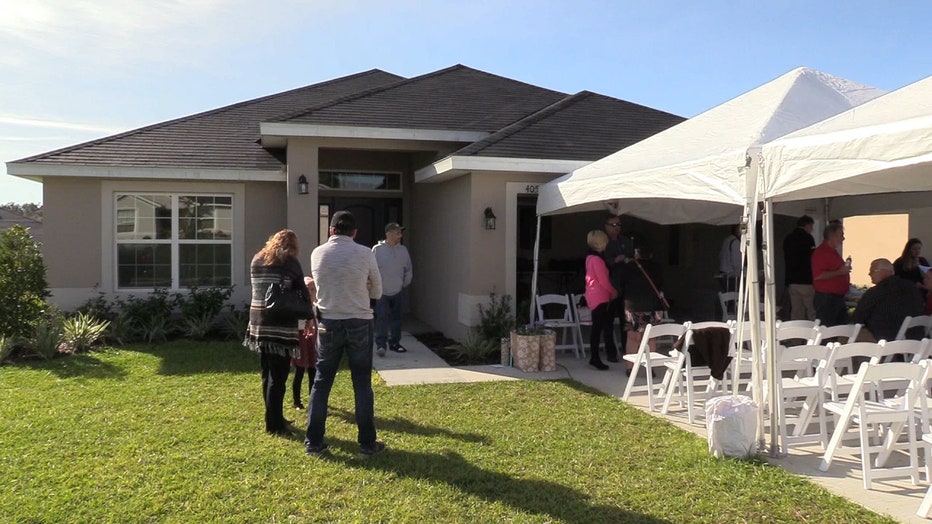 “Today is not about us,” Baxter said. “We’re here for you and I am tied in with the Stephen Siller Tunnel to Towers because they have honored my family and, most importantly, it’s about our children.”

Blasjo and her kids are ready to settle in to their home and make memories in Sgt. Blasjo’s honor.

“It’s just amazing,” Blasjo said. “Things like that don’t happen to families like us, you know, we don’t ask for anything and then, you know, something like this is offered to us and it’s just surreal.”