According to charging documents, the couple was meeting to talk about their relationship when Chae An, 53, attacked the woman, punching her in the head and throwing her to the ground. He then duct taped her hands behind her back and covered her eyes and ankles.

THURSTON COUNTY, Wash. - A Lacey man stands accused of kidnapping his estranged wife, taping her hands and mouth, and burying her in the woods before she was able to make a daring escape.

That’s according to the victim herself, backed up by police statements, all of which were laid out in court documents obtained by FOX 13 News.

On Oct. 16, the Washington State Patrol issued a missing endangered person alert for a 42-year-old woman who was taken out of her home.

According to charging documents, the couple was meeting to talk about their relationship when Chae An, 53, attacked the woman, punching her in the head and throwing her to the ground. He then duct taped her hands behind her back and covered her eyes and ankles.

When Chae left the room for a moment, the woman said she was able to send an emergency notification using her Apple Watch. Dispatchers told police they could hear muffled screaming and the sounds of a struggle, presumably from the woman who was being kidnapped.

According to documents, when Chae realized she was still wearing the watch he hit it with a hammer before putting her into a van and driving into the woods.

Officers arrived at the home and found the garage door open and nobody home. When the woman's children came home, they told officers that their mother and father were inside the home when they left to go to the store about half an hour earlier. 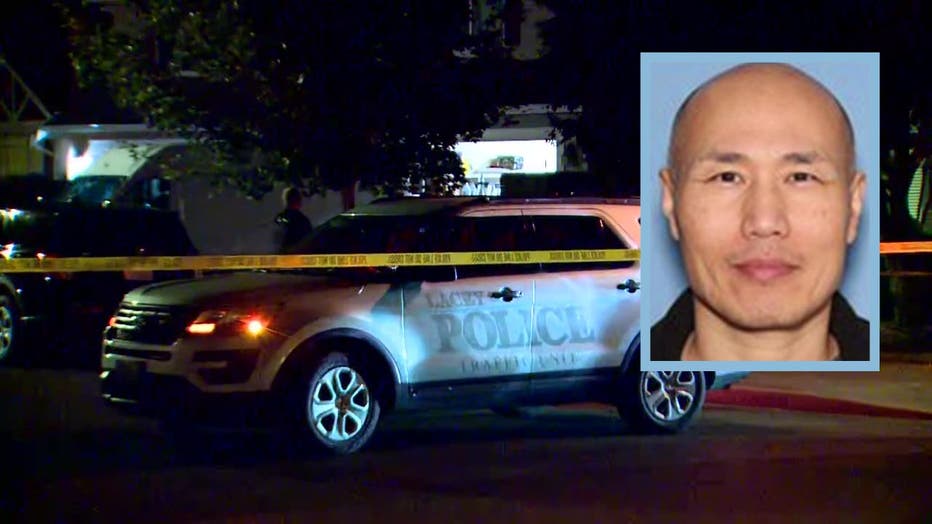 Documents say the woman heard her estranged husband digging and at that point he stabbed her with a sharp object. The woman told police that she was dragged and put into the ground, covered with dirt, and then Chae put a tree on top of her.

She said she struggled to breathe as dirt kept falling onto her face. The woman believe she was buried for several hours and Chae told her she was going to die.

Documents say when it became dark, she wiggled her body, got the tape off her arms, legs and eyes. She saw that Chae was in the van, and then was able to move the tree off of her, get out of the hole, and run through the woods.

FBI: Violent crimes are on the rise

New statistics from the FBI reveal that violent crimes are on the rise, and will likely become a major topic for the midterm elections.

Just after 1 a.m. on Oct. 17, a homeowner was awakened by someone pounding on the door, asking for help. At the door was the woman reported missing/kidnapped, and she told the residents that her husband was trying to kill her.

‘My husband is still out in the woods somewhere’

The residents called for help, and a deputy responded. The deputy said he saw the woman hiding by a shed, and she ran up to him and said "my husband is trying to kill me. Help me."

The deputy said she was severely bruised and sill had duct tape on her neck, face and ankles.

"My husband is still out in the woods somewhere," she said.

The woman walked about 30 minutes through the woods to get help, police said. The home she knocked on was approximately eight miles away from the home from where she was taken.

She was taken to the hospital for treatment.

In an interview with detectives, the woman also told police that she tried to escape the back of the van using her toes. She described being in the hole and how she did not want to die at the hands of her husband.

She told them that Chae told her he "would rather kill her than give her his retirement money."

Investigators said they found the hole that had been dug near Rainier and Steadman Roads, along with duct tape and hair that appeared to match the woman's.

He is being held without bail in the Thurston County Jail.