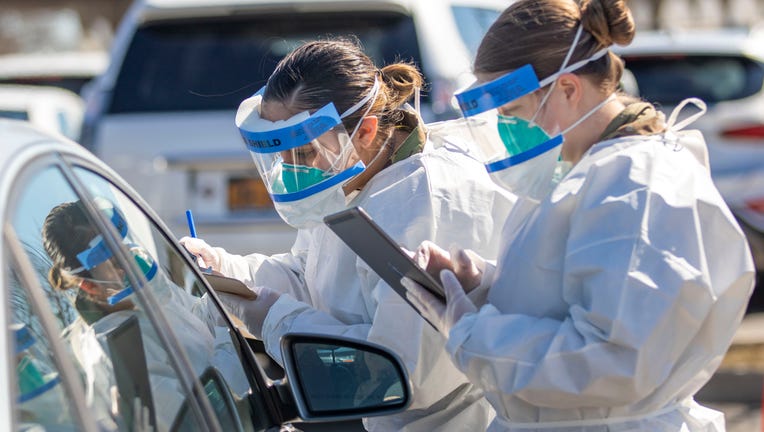 FOX NEWS - Los Angeles Mayor Eric Garcetti made coronavirus testing available to anyone who wants to be tested, and the city now finds itself with a surplus of unused testing kits amid a nationwide shortage, according to data compiled in a new report.

Information provided by the mayor’s office to The Associated Press showed that the city has thousands of tests that go unused every week, while the country as a whole remains unable to get enough testing kits out.

The city pays $137 per test and 75,000 tests are available each week, but in the two weeks that the mayor expanded testing, only about 57,000 tests have been used on average each week.

The country’s second-largest city and surrounding county has seen a continual increase in cases -- an average of 885 new cases a day over the past week -- but residents can get tested as frequently as they want, officials have said.

A website set up by the city allows residents to go online to book where they want to be tested, and they can get tested whether or not they exhibit symptoms.

"It was inadequate testing that precipitated the national shutdown. We must not make the same mistake again as we open up our nation," Jha told the Select Subcommittee on the Coronavirus Crisis on Wednesday.

Garcetti’s plan to allow any resident in Los Angeles to receive a test was an attempt to make sure that testing kits were not going to waste.

Los Angeles partnered with Curative-Kora, a startup that created a faster and easier way to test for the coronavirus without having to rely on supplies that were scarce or in high demand. The new test got emergency approval by the Food and Drug Administration (FDA), and the tests have been used in Los Angeles since March.

The mayor’s office could not immediately be reached for comment on what they plan to do with the unused testing kits.