The city council of Kyiv, Ukraine’s capital and largest city, announced it will set up evacuation centers as well as provide potassium iodine pills to prepare for a possible nuclear attack by Russia.

Since Russian forces invaded Ukraine in February, the war-torn country has continued to fight back, reclaiming areas once taken by Russian troops and further working to push out the offensive.

Speaking late Tuesday in his nightly video address, Ukrainian President Volodymyr Zelenskyy said dozens of settlements had been retaken "from the Russian pseudo-referendum this week alone" in the four annexed regions. In the Kherson region, he listed eight villages that Ukrainian forces reclaimed, "and this is far from a complete list. Our soldiers do not stop."

In a video on Instagram, Zelensky said soldiers have reclaimed over 1,240 miles of Ukrainian territory previously occupied by Russians.

While it was not explicitly detailed that nuclear weapons would be used in the war, Russian President Vladimir Putin has said that he would "use all the means at our disposal" to win the war while his ground forces retreat from a Ukrainian counterattack.

Still, Putin’s vows to use "all the means at our disposal" to defend Russia as he wages war in Ukraine are being taken very seriously. And his claim last Friday that the United States "created a precedent" by dropping atomic bombs in World War II further cranked up the nuclear stakes.

Kyiv’s city council said potassium iodine pills will be distributed to residents in areas contaminated by nuclear radiation if there is a need to evacuate.

How do potassium iodine pills work? 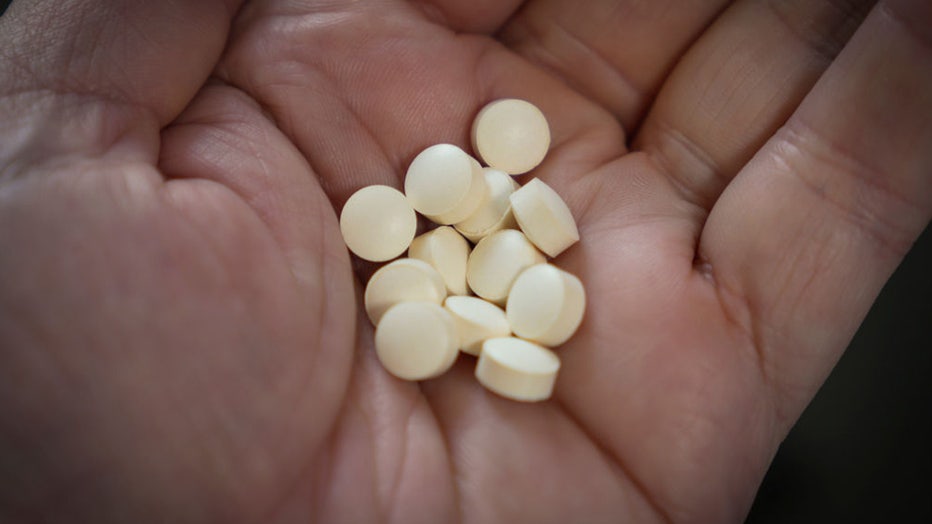 Potassium iodine pills can help block the absorption of harmful radiation by the thyroid gland if taken just before or immediately after exposure to nuclear radiation.

The pills work by blocking radioactive iodine from entering the thyroid. When a person takes potassium iodine, "the stable iodine in the medicine gets absorbed by the thyroid. There is so much stable iodine in the potassium iodine that the thyroid gland becomes ‘full’ and cannot absorb any more iodine—either stable or radioactive—for the next 24 hours," according to the U.S. Centers for Disease Control and Prevention.

It is important to note that while potassium iodine pills can protect your thyroid gland from absorbing harmful radiation, that’s all it will do. Body parts as well as other organs will not be protected from exposure to radiation, the CDC said.

When and who should you take potassium iodine?

Like with most things, too much of anything is never a good idea. The CDC recommends only taking one dose of potassium iodine in a 24-hour time frame.

Taking more than the recommended dose can actually lead to severe illness or even death.

The U.S. Food and Drug Administration also outlined different doses depending on age.

Infants, children and adolescents should be given lower dosages, as well as pregnant women while adults 18 and older should take the full recommended dosage.

The people who should avoid taking potassium iodine are anyone who may have an allergy to iodine and if they suffer from certain skin disorders such as dermatitis herpetiformis or urticaria vasculitis, the CDC said.

But, as with anything, people who are considering taking potassium iodine pills should first consult with a physician.

Side effects of potassium iodine

Usually, taking potassium iodine in the correct dosage and time frame yields few negative results, according to the CDC, however, here are some side effects that have been reported as a result of taking it:

The Associated Press contributed to this report. This was reported from Los Angeles.