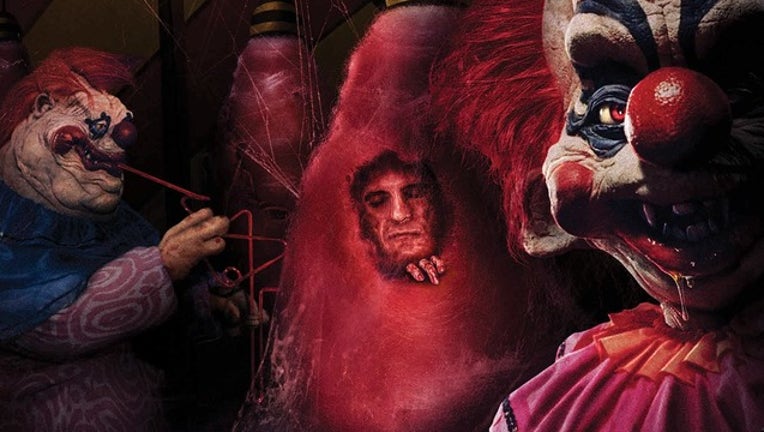 ORLANDO, Fla. (FOX 35 ORLANDO) - A haunted house based on 'Killer Klowns from Outer Space' is coming to this year's Halloween Horror Nights event at Universal Orlando.

According to a press release from Universal Orlando Resort, the all-new mazes will bring together the most twisted scenes and ghastly gags from the popular cult 1980s horror sci-fi film.

The attraction will transport guests to the sleepy small town of Crescent Cove, which has been taken over by a group of murderous clown-like creatures.

"Guests will be lured by the sweet smell of cotton candy and ice-cream and find themselves in an otherworldly circus tent where they’ll come face-to-face with the crazed klowns and their sinister, side-splitting antics," Universal's press release states. "As they make their way through the Big Top Space Ship, guests will witness diabolical klowns making cotton candy cocoons from unsuspecting victims and will realize the joke’s on them as they are next to become the gooey snack."

Universal recently announced a house based on the film 'Ghostbusters' and 'Stranger Things,' which is back again this year by popular demand.