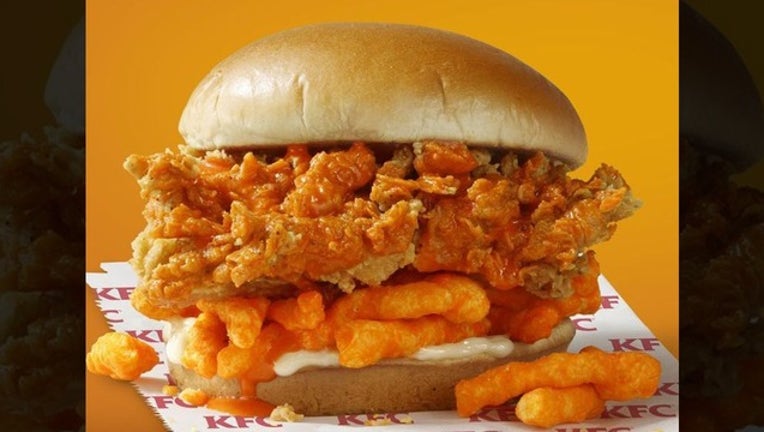 FOX NEWS - KFC will soon mash Cheetos into your chicken sandwiches, freeing you of the responsibility of doing it yourself.

After debuting in test markets in North Carolina, Georgia and Virginia earlier this year, KFC has confirmed that its Cheetos Sandwich — containing a fried chicken patty, mayo, a "special Cheetos sauce” and a handful of crunchy Cheetos on a toasted bun — will be available nationwide starting July 1.

However, the item — which is indeed real, and not something you imagined during a Cheetos-fueled fever dream— will only be available for “four short weeks,” KFC says.

The sandwich will also be making an early debut during an “All Orange Everything” pop-up event at NYC’s 14th St. KFC location on June 27, where fans can try the sandwich alongside three other exclusive offerings only available at the pop-up, including: Cheetos-fied KFC Hot Wings, Cheetos Loaded Fries and the KFC Mac & Cheetos Bowl.

That said, New York's die-hard KFC fans should probably refrain from wearing any of their lighter, summery garments to the pop-up on June 27, lest those garments be covered in the fine, cheesy Cheetos dust that will surely be lingering in the air.