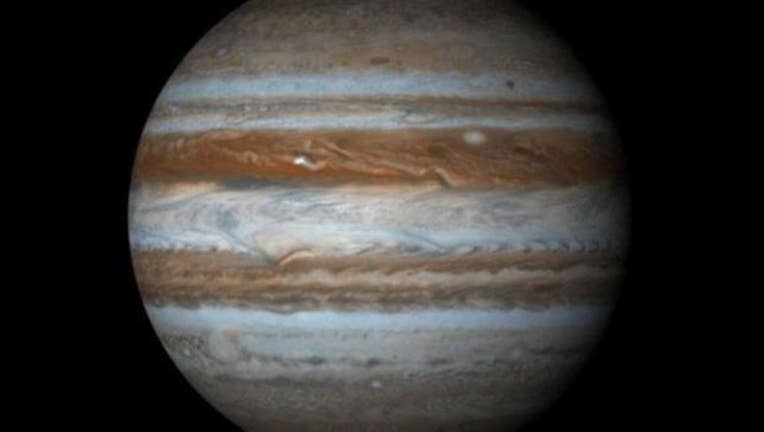 ORLANDO, Fla. (FOX 35 ORLANDO) - NASA has a message for all of us earthlings: look up!

On June 10 and June 15, planet Jupiter will be clearly visible and you'll be able to see its four biggest moons using a good ole pair of binoculars!

According to National Geographic, on June 10, Jupiter will be at its best and brightest form "positioned directly opposite to the sun from our Earth point of view."

"Opposition also means that Jupiter will be at its closest to Earth in its orbital cycle, coming within 398 million miles of us," reports National Geographic. "This will make it 11 million miles closer than last year’s opposition, so it should be stunningly bright, outshining even the nearby brilliant star Antares."

The best way to view it is with a pair of binoculars or a small telescope. According to Geek.com, the Great Red Spot can be seen with a larger telescope.

Just in case you miss it, you'll have another shot on June 15 when Jupiter, the moon, and red star Antares will be sitting pretty as a triangle in the night sky.

Watch the video below for some tips from NASA on the best way to spot Jupiter:

Catch up on more TRENDING stories: