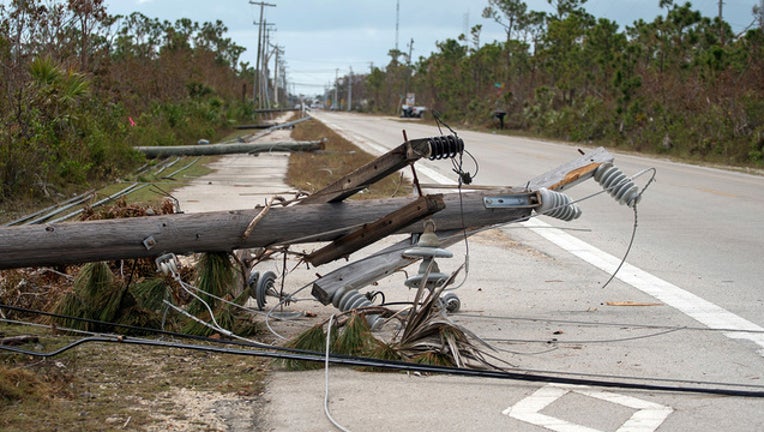 Felled power lines after Hurricane Irma are seen by the roadside in Big Pine Key on September 16, 2017 in Marathon, Florida. Photo by Angel Valentin/Getty Images

TALLAHASSEE, Fla. - In a victory for state regulators and utilities, an administrative law judge Tuesday rejected a challenge to a plan for carrying out a new law that is expected to lead to more underground power lines in Florida.

They challenged proposed rules that the Florida Public Service Commission approved to carry out a 2019 law that is designed to help utilities add underground power lines and take other steps to better withstand hurricanes. Added costs for the projects are expected to be passed along to customers.

The challenge centered, in part, on a decision by the Public Service Commission to require utilities to provide detailed information only for projects in the first year. Information submitted initially for the second and third years would be broader, such as estimated numbers of projects and estimated costs. The utilities would then come back annually with detailed plans for the next year.

The Office of Public Counsel and other critics have contended that a lack of detail about projects in the second and third years could allow utilities to collect money under the new law for projects whose costs also are being passed on to customers through longer-term base rates.

But Peterson disputed that the Public Service Commission’s approach could open the door to “double recovery” of project costs from consumers.

“There is nothing confusing about the language used in the proposed rule --- it forbids double recovery,” Peterson wrote. “Regulated utilities can readily understand its meaning --- they may not recover costs through the (projects) clause that they are already recovering through base rates.”

Another disputed issue has centered on whether utilities should be able to collect estimated costs for projects, with the Office of Public Counsel contending in its challenge that the “law permits only the recovery of ‘incurred’ costs --- historical, approved expenditures --- following a proceeding where prudent costs are determined.”

But Peterson disagreed, noting that utilities already can collect estimated amounts of money to cover some other types of costs. In such situations, utilities go before the Public Service Commission after projects are completed to “true up” costs --- a process that accounts for collecting too much, or not enough, money.

“The (Public Service) Commission currently administers a number of other cost recovery clauses, and all those cost recovery clauses operate in the same way --- the commission establishes projected costs for the next year that are collected from customers in the next year when they are incurred through a factor on the customer’s bills,” the order said. “That factor also includes true-up adjustments for the current and previous year to adjust for overbillings or underbillings so that customers never pay more (or less) than actual costs. The way the clause process works, costs are passed on to the customer in the same year that the costs are occurring.”

The commission voted in November to approve the proposed rules, months after the underlying law was passed by the Legislature and signed by Gov. Ron DeSantis.

A key part of the law changes the way such storm-protection projects are financed --- and likely will lead to increased costs for consumers.

Under the law, utilities will be able each year to seek approval from the Public Service Commission to collect money from customers for storm-protection projects. In the past, such projects have generally been financed through base rates, which are set for a number of years and include a wide range of utility expenses.