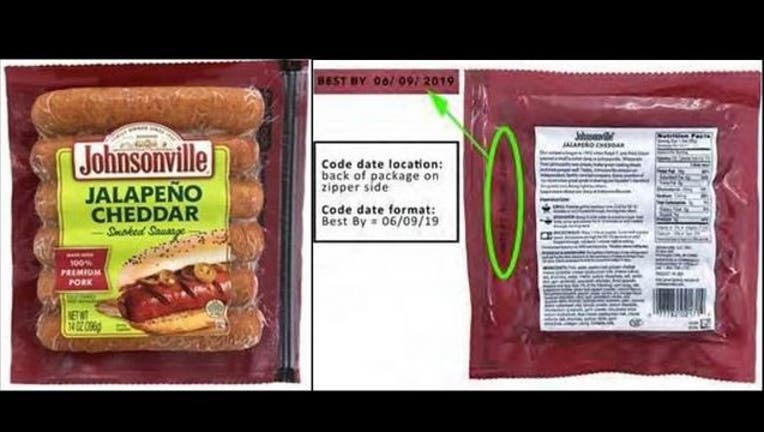 (FOX 2) - Summer grilling season is here but if you've stocked up on Johnsonville smoked sausages, you'll want to check the labels as 93,393 pounds have been recalled because of possible "extraneous material."

The U.S. Department of Agriculture (USDA) said Johnsville announced the recall Friday after the company notifed the agency's Food Safety and Inspection Service (FSIS) said that it found hard green plastic in the meat.

Fourteen-ounce packages with a “best by” date of June 9 are part of the company’s recall and have the establishment number “EST. 34224,” the FSIS said. The products were shipped nationwide and internationally.

Consumers should check their refrigerators or freezers for the sausage packages because the agency expressed concern customers might be storing them.

“The problem was discovered when the company notified FSIS that they received a consumer complaint regarding green hard plastic in the product,” the news release said.

There have been no confirmed reports of adverse reactions, the USDA said, adding that anyone with the recalled packages should not eat them.