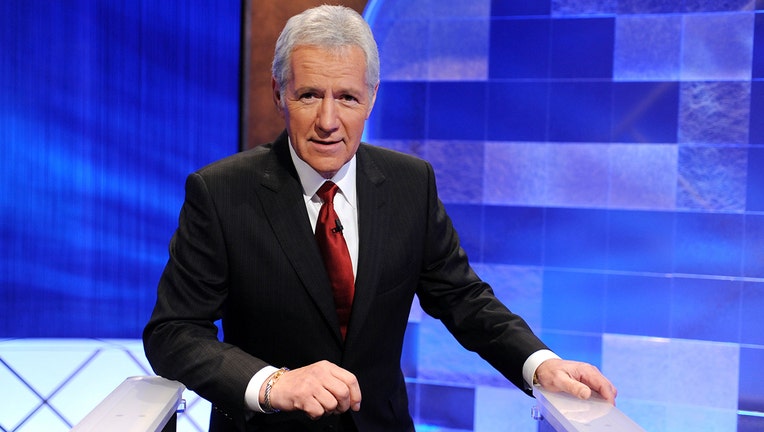 Alex Trebek, long-time host of "Jeopardy!," had an emotional moment on the show.

Trebek, 79, has made headlines this year after revealing his diagnosis of stage four pancreatic cancer and has been public about his battle, appearing in PSA messages and regularly keeping fans updated on his condition.

On Monday's episode, "Jeopardy!" contestant Dhruv Gaur wrote "What is we love you Alex!" in place of his answer, betting $1,995 on the question, which he lost.

The word "love" was replaced with a heart symbol.

Gaur was left with $5 after the round.

Gaur was sporting a purple ribbon to promote awareness and research of pancreatic cancer.

The "Tournament of Champions," of which Gaur is a part, is organizing a fund-raiser for pancreatic cancer research, asking fans to tune in on Thursday and Friday and donate one dollar for each correct answer given.