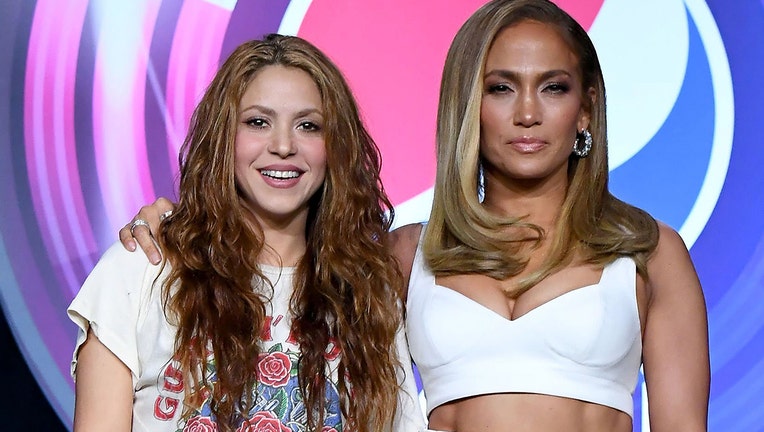 MIAMI - Jennifer Lopez and Shakira said their Super Bowl halftime show will pay homage to Latino culture, promising a joint performance that has an empowering message and also one that will remember NBA icon Kobe Bryant.

Lopez and Shakira on Thursday held a press conference before Sunday’s big game in Miami, telling media they worked hard to put together an eye-popping, high-energy 12-minute performance before the San Francisco 49ers take on the Kansas City Chiefs at Hard Rock Stadium.

“When I was living in Barranquilla, my hometown, as a little girl no one would have thought that I would be performing at the Super Bowl,” Colombian singer Shakira said. “It would be so hard to believe. And it’s a reality today, now. I think that this is a palpable example of how anything is possible really and I think what matters is the size of dreams.”

MORE NEWS: How you can watch the Super Bowl

Shakira and Lopez have separately released a number of chart-topping hits that dominated both the pop and Latin charts in the last two decades. While rehearsing days ago, Lopez said her beau Alex Rodriguez came to her in tears to let her know Bryant, a friend of his, had passed away. Lopez said Thursday she wanted to send love and support to Bryant’s wife and family.

“We have to love people when they’re here and not wait,” said Lopez “I think about Vanessa as a mom and losing her best friend and partner and losing her child, you know, how awful that must be for her right now, and I just wanted to send the message and praying God guides her through every moment because she has three more babies to take care of.”

Bryant had attended concerts by Lopez and Shakira, the singers said Thursday. Shakira added that they want to honor his legacy Sunday.

“Life is so fragile. And that’s why we have to live every moment as intensely as we can,” Shakira said. “And I think we’ll all be remembering Kobe on Sunday. And we’ll be celebrating life and celebrating diversity in this country. I’m sure he’ll be very proud to see the message that we’re going to try to convey onstage.”

The singers also want to celebrate women and the Latino community with their performance. Lopez noted that the competing teams are both run by women and that two Latinas are headlining the halftime show.

“That statement alone to me is empowering. When I think of my daughter, when I think of all the little girls in the world, to be able to have that (and) to see that two Latinas (are) doing this in this country at this time, it’s just very empowering for us,” said Lopez, who was born in New York to Puerto Rican parents.

MORE NEWS: Super Bowl halftime shows of the past

Sunday will mark the first halftime show to be orchestrated under the leadership of Jay-Z and Roc Nation thanks to their new entertainment partnership with the NFL. The singers said they are extremely excited but also a little nervous about the performance.

“I was up till 4 in the morning last night trying a pair of shorts and kind of tearing because they didn’t fit right. So, it is nerve-racking but also exhilarating,” Shakira said.

“The relieving factor is they’re going to be people out there and it’s our people cheering for us, fans, and it’s in Miami,” Shakira said as the audience cheered on loudly.

“And that’s so, so special because Miami is a city full of energy, it’s an important nest for the Latino community and it’s been a viable city for me because a huge part of my career was forged here. And it’s also it’ll be on my birthday, too, so happy birthday to me.”

Super Bowl LIV will air on FOX with coverage starting at 6:30 p.m. on Sunday. FOX 35 will have special coverage that morning starting at 7 a.m. on Good Day Orlando.