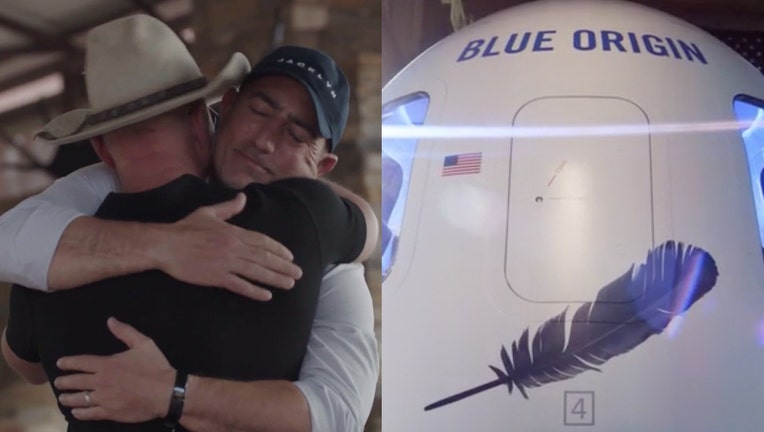 Blue Origin, the space company owned by billionaire Jeff Bezos, announced on Monday that both Bezos and his brother will join the auction winner on New Shepard’s first human flight.

New Shepard is said to be a suborbital rocket system designed to take astronauts and research payloads past the internationally recognized boundary of space, known as the "Kármán line."

"Whether you are an astronaut flying with Blue Origin or sending a payload to space, your 11-minute flight on New Shepard will be the experience of a lifetime," Blue Origin wrote on their website.

The vehicle can fit six astronauts and is fully autonomous so everyone on board is a passenger – there are no pilots.

Blue Origin is targeting New Shepard’s first human flight on July 20th. They are holding an auction for those interested in participating in the inaugural flight. Bidding is underway at BlueOrigin.com and has already reached $2.8 million with nearly 6,000 participants from 143 counties.

In addition, the space company said that Jeff Bezos and his brother will join the auction winner.

In an Instagram post, Bezos announced his decision, stating, "Ever since I was five years old, I’ve dreamed of traveling to space. On July 20th, I will take that journey with my brother. The greatest adventure, with my best friend."