What to know about the delta variant

The delta variant has become the dominant strain of COVID-19 in the U.S. in the summer of 2021, driving up cases and hospitalizations.

The measures, approved by a government task force, add seven prefectures to the six areas already under a state of emergency and extend it to Sept. 12.

Ten other prefectures were put under a "quasi-emergency," which had previously encompassed six prefectures, bringing about two-thirds of the nation under some form of emergency as COVID-19 infections "explode" across the nation, in Suga’s words.

Hospitals have been stretched thin and some seriously sick people have been turned away. More than 15,000 people are confirmed to have died from the coronavirus. 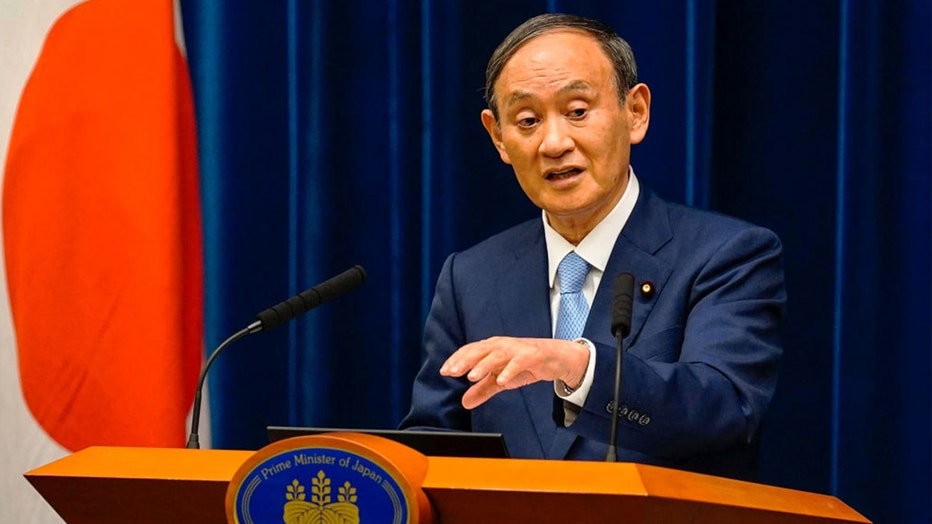 FILE - Japan's Prime Minister Yoshihide Suga speaks during a news conference regarding the Covid-19 coronavirus situation in the country from his official residence in Tokyo on Aug. 17, 2021. (KIMIMASA MAYAMA/POOL/AFP via Getty Images)

The government has taken pride in avoiding compulsory measures or a lockdown, but some experts and critics are wondering if voluntary measures are enough.

Shigeru Omi, the nation’s top medical adviser, said the task force is considering legal changes which are needed to institute penalties or declare a lockdown.

"We have so far relied on asking people to restrict their activities, and maybe that isn’t enough to overcome this situation," Omi told reporters.

The emergency measures center around asking restaurants and bars to close at 8 p.m. and not serve alcohol. Under the latest measures, department stores and shopping malls will be asked to restrict the number of customers to reduce crowding.

Requests remain in place for people to work from home, but some bosses require staff to work in the office. Commuter trains and Tokyo streets remain crowded, although almost everyone wears masks.

Tokyo has been the worst hit, with 4,377 new cases recorded on Tuesday.

The emergency was in effect throughout the recently concluded Tokyo Olympics and will remain in force during the Paralympics, which open Aug. 24.

Critics have said that holding the Games sent a festive message which caused people to take the virus less seriously.

Only about a third of the Japanese population has been fully vaccinated as the more infectious delta variant spreads. Taro Kono, the minister in charge of the vaccine rollout, said Tuesday that Japan has secured enough vaccine doses to provide booster shots.