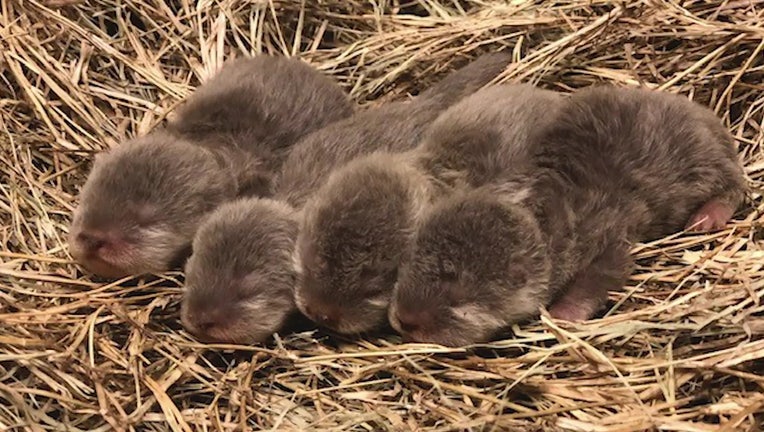 The two male and two female Asian small-clawed otter pups were born on Dec. 28, according to a news release from the zoo.

It's the second birth for parents Carlisle and Harley.

Animal care staff have kept the newborns behind the scenes as a precaution, the release said. Typically, Asian small-clawed otters remain in their den for several weeks.

The pups are now up to about a pound each. They are acclimating to a large outdoor space in Land of the Tiger habitat with their parents and one-year-old sister Scotter. They share the space with the babirusas, which are wild pigs with curved tusks.

The Asian small-clawed otters are found in southeast Asia, and are considered vulnerable because of habitat destruction.

“We’re fortunate to work in an environment that places great emphasis not only on education about wildlife, but also on the conservation of vital ecosystems,” said the zoo's Executive Director Tony Vecchio. “Helping our guests understand the threats these animals face and the potential benefits the species bring to aquatic habitats will help inspire action.”

The zoo remains closed due to the COVID-19 mandates, but it's possible to check up on the pups on a webcam on the zoo's YouTube channel.