RNC to be held in Jacksonville

TALLAHASSEE, Fla. - Calling it a “big win,” Jacksonville Mayor Lenny Curry said Friday he envisions the Republican convention in August as an opportunity to showcase his city and get his people back to work following massive shutdowns caused by the COVID-19 pandemic.

“As we've proven weeks ago, when we hosted the first professional sporting event during COVID-19, UFC, which we did in a safe and responsible way, we'll also be able to do that with the Republican National Convention, given where we are with the effects of this pandemic that we're emerging from,” Curry said.

As protests continue nationwide over the May 25 death of George Floyd while in the custody of Minneapolis police, the mayor said he expects the costs of increased security to be covered by federal and state resources. Jacksonville’s law enforcement ranks also will be bolstered by statewide agencies, he said.

Curry, a former Republican Party of Florida chairman, also expects the federal government to reimburse the city for other costs from the convention.

“We have cash on hand,” Curry said, pointing to the city’s ability to cover hurricane-related costs. “We don't expect to get to that situation in this event. But we've always gotten reimbursed and gotten reimbursed timely.” 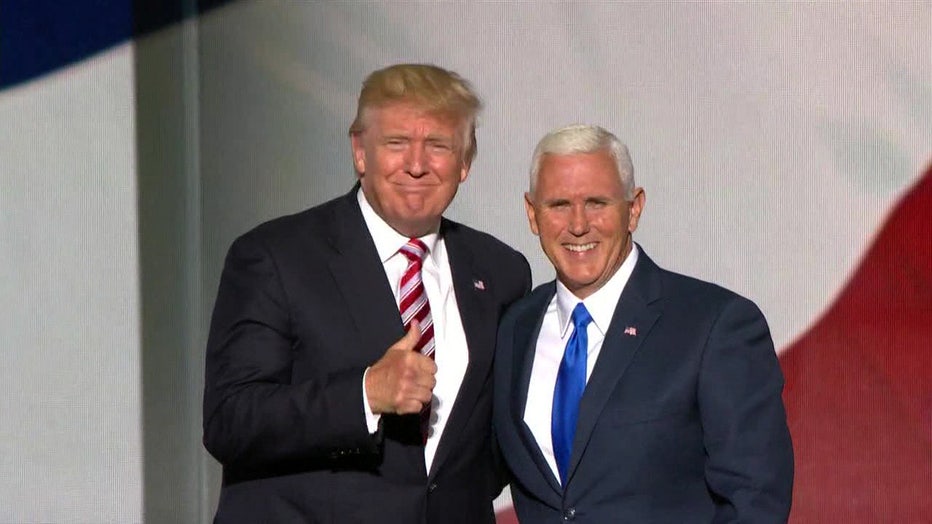 Republican National Committee Chairwoman Ronna McDaniel announced Thursday night that the party was moving most of the convention’s showcase events, including Trump’s acceptance speech, out of Charlotte, following a dispute between the president and the governor of North Carolina over COVID-19 precautions. GOP leaders had planned the Charlotte event for two years.

Trump does not wear a mask in public, and many of his supporters also eschew face coverings. Public health officials shuttered crowded gatherings earlier this year to combat the novel coronavirus, which is spread by close contact between people or through respiratory droplets produced when an infected person coughs or sneezes.

When asked if the city had to assure that Trump would be able to address a crowd not wearing face coverings, Curry said "there are no guarantees, when it comes to public safety, in any situation."

"You have to act according to the situation at that moment in time," the mayor said. “Clearly, the RNC wants a large event with a lot of people. I want that too. By the way, I want sports back with a lot of people in arenas and stadiums. And it seems we're headed that direction. And that's how we're planning, we're acting now given the data that we have.”

PREVIOUS: DeSantis: Conventions for both political parties welcome in Florida

Curry, who is setting up a host committee for the convention, estimated the event will provide a $100 million economic impact to the region.

“I believe we're going to be back in business and have a lot of people in a safe responsible way,” he told reporters Friday morning. “If COVID-19 presents challenges in the weeks ahead as we move into August, that we have to adapt to keep people safe, we will put the safety of people first based on the information and data that I see now. I expect that this event is going to demonstrate that Jacksonville is back in business.”

The GOP's selection of Jacksonville highlights the importance of Florida, a battleground state with a history of razor-thin elections, in Trump's effort to secure a second term. Both parties consider a Sunshine State win crucial for a White House victory.

In a press release Thursday night, Florida Democratic Party Chairwoman Terrie Rizzo expressed concern about the safety of attendees, accusing Trump of having “abandoned North Carolina because he wants it to look like the threat of the coronavirus is over” when he gives his acceptance speech.

The convention is expected to start with around 336 delegates meeting in Charlotte on Aug. 24 before heading to northeast Florida, where they are to meet up with more than 2,000 other delegates for three days of speeches and other activities.

Curry said the convention will aid small businesses in need of help following the shutdowns.

While other conventions have required the closing of streets in the blocks surrounding the event, Curry said he doesn’t expect the majority of downtown shops to be off-limits.

“While we haven't laid that perimeter out yet, the way our downtown is laid out … it looks that we will be more likely be able to create a security perimeter that allows most of our downtown businesses to operate and have a positive impact from this event,” he said.

Curry said he had a “pretty good idea” the move would be made to Jacksonville on Thursday prior to the RNC announcement.