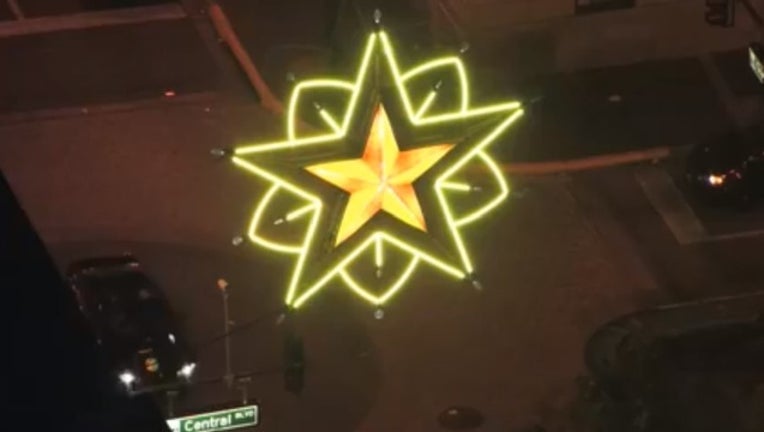 The 'Jack Kazanzas Star' is a 50-year tradition that started in the 1950s when two competing department stores, Ivey's on the east and Dickson & Ives on the west of Orange Avenue, joined together in 1955 to hang the Christmas star between the two buildings.

In 1984, after the department stores closed, Jack Kazanzas, a life-long resident of Orlando, led a campaign to raise funds to replace the original Christmas star that broke.

This year, the star is shining brighter and is more energy efficient with exterior LED lighting that changes colors.