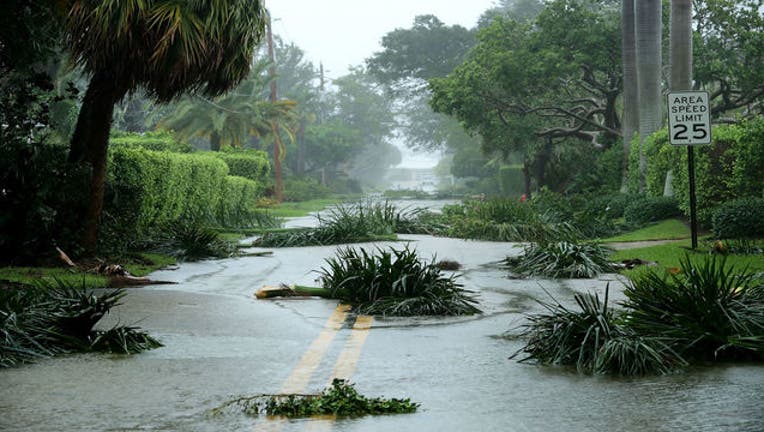 ORLANDO, Fla. (AP) - Walt Disney World theme parks and Universal Orlando Resort have reopened in Orlando after Hurricane Irma hit Florida, while the Salvador Dali Museum in St. Petersburg planned to reopen Wednesday. But many other destinations in the state and the Caribbean affected by Irma and other storms remain off-limits to visitors, in some cases with extensive damage or power outages that will take days if not weeks to resolve.

Irma was at one point the most powerful recorded storm in the open Atlantic and its hit on the tourism industry will be significant, although an exact figure is still unclear.

Tourism accounts for 1.4 million jobs in the Sunshine State, where more than 112 million people visited last year and spent $109 billion. More than 7 million Americans visited the Caribbean last year, trailing only Europe as a top destination, according to the U.S. Commerce Department.

AIR Worldwide estimates that Irma's damage to insured property in the U.S. will range between $20 billion and $40 billion, with damage in the Caribbean between $5 billion and $15 billion. Other estimates go higher, and that only accounts for damage covered by private insurance.

Here's a snapshot of how the tourism industry is faring so far:

Universal Orlando Resort reported "relatively minor damage" to fences, trees, signs and facades as its theme parks reopened Tuesday. Its popular Halloween Horror Nights event will go on as scheduled Friday. Disney's water parks won't open till later this week but most other attractions are running.

The Dali Museum's massive geodesic glass bubble, known as the Glass Enigma, "is fine," but its "Wish Tree," where visitors tie wishes written on their admission wristbands, was felled in the storm. Museum spokeswoman Kathy Greif said the museum hopes to restore the tree.

Florida Keys tourism spokesman Andy Newman said travelers should postpone trips there until "the destination is ready to receive visitors." He said Key West's famous "90 Miles to Cuba" marker is solid concrete and "ain't going nowhere" but cleanup and restoring utilities, communications and other services will take time.

Impact in the Caribbean varied. Widespread damage was reported in the British Virgin Islands, Barbuda, St. Martin and St. Barts, including its famed Eden Rock Hotel. In the U.S. Virgin Islands, St. Croix was said by the Caribbean Tourism Organization to be "getting back to business," but visitors were encouraged to avoid St. Thomas and St. John. Turks and Caicos had just a couple of open hotels, with others closed anywhere from one week to two months.  But the Dominican Republic fared OK, and many hotels in Puerto Rico and the Bahamas -- including the popular Atlantis, Paradise Island -- reported being back to normal.

Despite the fact that many Caribbean destinations were spared, Professor Robin DiPietro at the University of South Carolina's College of Hospitality, Retail and Sports Management, predicted in an email that the storm could have "long term impact ... as tourists generalize the Caribbean as a bad destination." DiPietro said. "Fear may take over on tourists' future planning, and people may book trips to other destinations."

Kelli Howard of Tulsa, Oklahoma, canceled a January honeymoon in St. Thomas and instead will head to San Francisco: "We were worried that things on the island wouldn't be rebuilt in time."

Monique Pignet, who owns 18 rental luxury properties in St. Bart, was busy placing orders for new furniture. "We only had two cancellations but we received a lot of support messages," she said in an email. "For New Year's Eve we think we might be able to have 50 percent of our villas ready."

Many cruise ships that homeport in Florida or were on Caribbean itineraries when Irma developed were kept at sea, had sailings canceled or made unscheduled port calls, in some cases stranding or delaying passengers.  Royal Caribbean's Oasis of the Seas, for example, was kept at sea to avoid the storm, delaying passengers from returning as scheduled and postponing its next sailing.

Caroline Makepeace and her family were on Carnival Vista when it became clear the ship would not return to Miami as scheduled. "We had a choice to get off the ship in Cozumel, Mexico, and make our own way home," she said. They flew home to Raleigh, North Carolina via a flight from Cancun.

Carolyn Spencer Brown, editor at large for CruiseCritic.com, counted some 50 sailings impacted by the storms across seven cruise lines, noting that it's rare to outright cancel a cruise but that "Irma caused at least 20 outright cancellations."  Caribbean itineraries, which she said account for 50 percent of cruise business, will be drastically altered. Norwegian Escape, for example, has shifted ports of call for the foreseeable future from the Eastern Caribbean -- including the U.S. and British Virgin Islands -- to the Western Caribbean, which includes ports in Mexico.

Mike Driscoll, editor of the industry publication Cruise Week, said he expected many cruisers will "put off booking a Caribbean cruise near-term" because the overall message vacationers heard "was that the Caribbean was devastated." The cruise industry typically sees bookings increase for the new year beginning in November, but Driscoll said he believed many cruisers would hold off until after Jan. 1 to see how things shake out.

Florida ports were "not measurably damaged," Spencer Brown said, but the reopening of PortMiami was delayed Wednesday, with several media outlets reporting sunken sailboats amid debris that needed to be cleared before cruise ships could dock.

According to Frank Comito, CEO of the Caribbean Hotel and Tourism Association, less than 20 percent of the region's total hotel room inventory has been affected by Irma and the time needed to rebound varies tremendously by destination.

"Places like St. Thomas and the Turks and Caicos should rebound fairly quickly," Comito said in an email. "Other areas which were impacted less like Antigua, St. Kitts, Nevis, St. Croix, Puerto Rico, the Dominican Republic, and The Bahamas have already rebounded and are open for business, having minimal damage, with airports fully operational."

One small blessing is that September is typically low season for the region, with the busiest time of year several months away, when travelers head south to escape the cold and celebrate the holidays. September 2016 and September 2015 registered the lowest hotel occupancy rates for any month of the year in Florida, according to Jan Freitag, a senior vice president at STR, which collects hotel data.

Freitag noted that hotels that are undamaged by storms can sometimes fare OK in a storm's aftermath even if tourists stay away as rooms fill with insurance adjusters, emergency management personnel, construction workers and displaced locals. And "for the properties that need renovation or refurbishment after the event, it is an opportunity to reinvent themselves."