Investigators are reviewing missing persons and cold case reports after human remains were unearthed at a construction site in Palm Coast last week. Flagler County officials announced Wednesday they have discovered a femur, a jaw and skull fragments.

PALM COAST, Fla. - Anthropologists have uncovered more human bone fragments at a construction site in Flagler County.  The builder stopped construction last week within the Tuscana development, an upscale housing community after crews found a femur at the site.

The sheriff says crews are working through a dig site about a football field long. He says the search site is large because the bone was found after crews started moving dirt at the construction site. An anthropologist team from the University of South Florida was called in to use their specialized equipment to help. It pours water over the dirt to sift through it. It helps speed up the delicate process without missing key details. 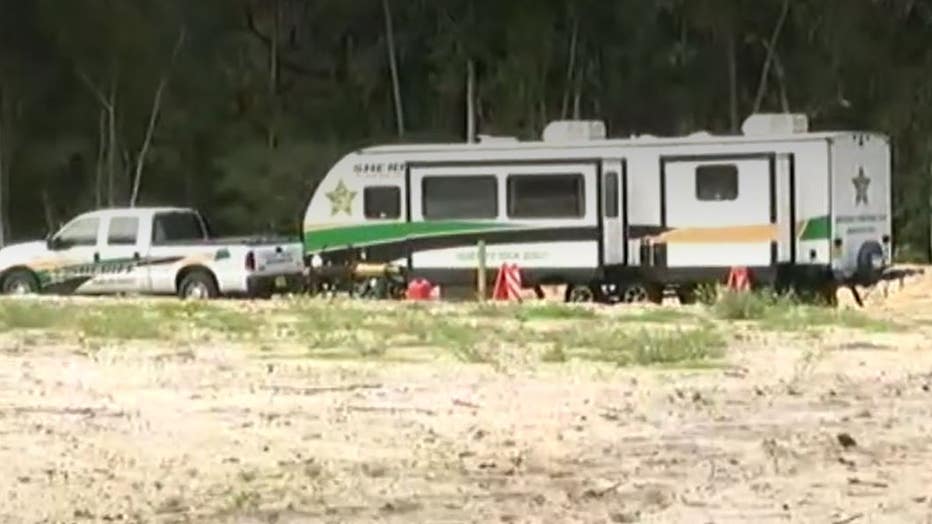 "It's covering a lot of ground and digging through these mounds of soil and not missing anything - bone, clothing. Anything else that would be there," said Dr. Erin Kimberlee, USF Anthropologist.

Dr. Kimberlee also helped with the high-profile 2014 excavation at the Dozier School for Boys where 55 graves were found. This is the team's first full day of work. The sheriff says he expects it will be an active search site at least through Friday.

As USF crews work to find and piece together this skeleton, Flagler County investigators are spinning their wheels about the identity of the remains.

"We do have a number of missing persons amongst our team, speculating on a couple of cases. But until we identify the remains, we won’t know for sure," said Sheriff Staly.

Officials said the remains appear to belong to one person, but they haven't been able to identify the person at this time.

About 30 people continue to work at the site, searching for any additional items that could help with the case.