In November 1984, a teenager found the body of a woman on the side of a dirt road in Orange County. Her identity has been a mystery for nearly 40 years. Now, we are getting our first look at a reconstruction of the victim by forensic anthropologists.

In November 1984, a teenager found the body of a woman on the side of a dirt road in Orange County. Was she someone’s daughter, mother, or sister? For investigators, she has been known simply as "Jane Doe."

FOX 35 News started following the case this spring. The Orange County Sheriff’s Office picked up the case in the last few years.

"We’re very confident we can identify this person, it still has a lot of hard work ahead," said Cpl. Dave Nutting, head of the Orange County Sheriff’s Office Cold Case Team.

FOX 35 followed along, from the crime scene to the crime laboratories and now to the University of South Florida.  There, a forensic anthropologist has put together an image of the victim, and we are now getting our first look.

"For me, this is a challenge -- sort of like putting a puzzle together, but the reward is so much greater because it's helping families of missing people find their loved ones," said Dr. Erin Kimmerle who runs the lab at the Institute of Forensic Anthropology & Applied Science at USF.

Inside the lab, there are pictures and clay models -- faces of the unknown, some of whom her team helped identify. Dr. Kimmerle's work on the Orange County victim started when the county’s medical examiner sent her the victim’s skull. 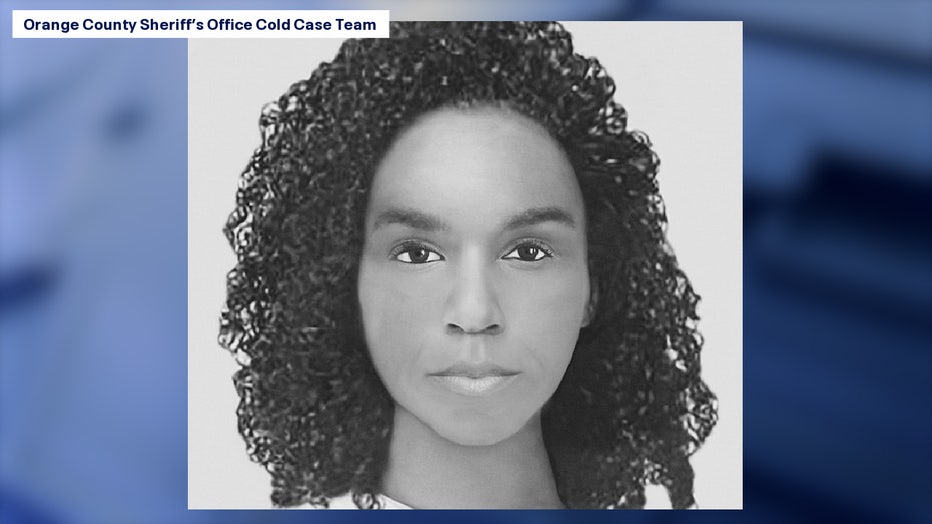 "What we do is take the skull, put tissue depth markers -- they look like little erasers," she explained, "[We put them] on landmarks of the skull, and that reflects how much fat, skin, and muscle you have on your cheeks, chin."

Then Dr. Kimmerle says they scan the skull and digitally a face over it.

The digital rendering is now the face of this Jane Doe.  Providing a face, but not a name, yet.

"The more people that see it is what's important, to get someone to come forward," said Dr. Kimmerle, "a million people can see it, but you just need the right person to see it."