Teen out of coma nearly a month after hit-and-run

An Orlando teen who was hit by a car while riding his skateboard is out of a coma nearly a month after the crash.

ORLANDO, Fla. - An Orlando teenager who was hit by a car while riding his skateboard is out of a coma nearly a month after the crash.

The teen, Josh Sims, was riding his skateboard on Colonial Drive when troopers with the Florida Highway Patrol (FHP) say a driver hit him and took off.

A witness tells FOX 35 News that the teen was in the bike lane when he was hit and launched into the middle lane of traffic on Colonial. The driver took off and the witness stayed on the scene and called 911.

Sims had been in a coma since the crash on January 29. His mom said she is so thankful that she can finally communicate with him.

"He’s been answering yes/no questions, using one finger for yes, two for no, and giving a thumbs up for thank you," said Josh's mother Jennifer Bennett. "I’m so excited because it’s one step closer to getting Josh back to where he used to be. It’s a miracle that he’s still with us." 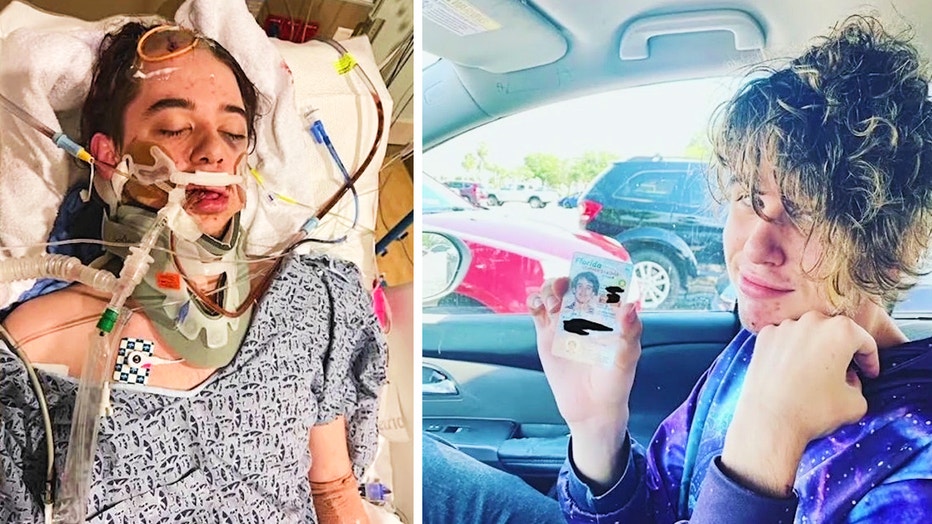 While it's still a long road to recovery, Bennett is staying positive and feels like she finally has her son again.

"Just knowing he’s there, you know? It brings peace to my heart knowing that he’s coming back," said Bennett. "I can’t stop tears from falling because I’m just so happy."

The FHP has located the car which troopers believe was involved in the crash but has not yet identified the driver. If you have any information please call *FHP.

The family also set up a GoFundme page if you'd like to help.