Blaine Marston is starting out 2020 as a millionaire.

NEW YORK - A Maine man is starting out the new decade on a high note.

Blaine Marston, of Passadumkeag, Maine, was announced as the winner of the “First POWERBALL Millionaire of the Year” during the live broadcast of “Dick Clark’s New Year’s Rockin’ Eve with Ryan Seacrest 2020.”

Marston won the $1 million by being randomly chosen as part of a national promotion. 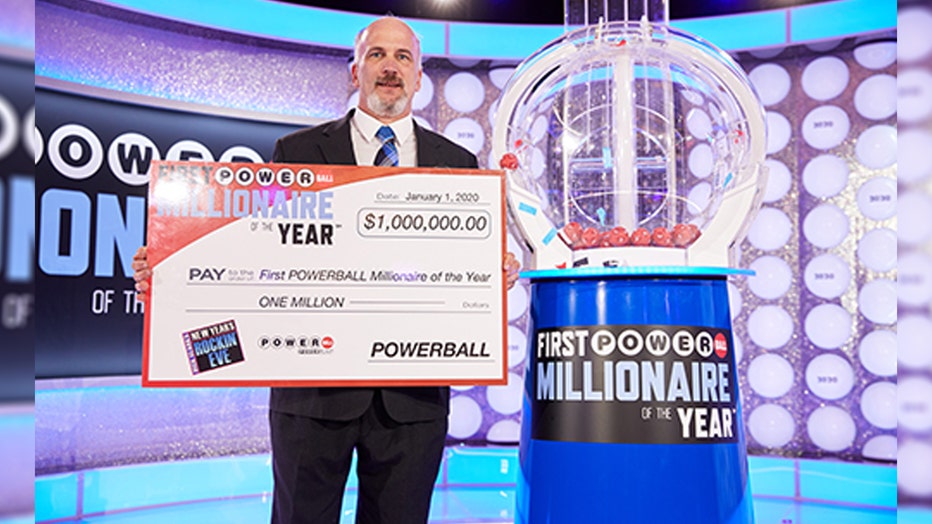 Blaine Marston, of Passadumkeag, Maine, is pictured on Jan. 1, 2020 after winning the “First POWERBALL Millionaire of the Year” promotion in New York City. (Photo credit: Powerball)

Powerball players who purchased tickets during the year from 25 participating jurisdictions could enter into the first of the year promotion, lottery officials said.

More than 300 players won a trip to New York City to celebrate New Year’s Eve 2020 and a chance to win the $1 million, receiving round-trip airfare, a three-night stay at the Crowne Plaza Hotel Manhattan in Times Square and more.

Those winners were narrowed down to five finalists, including Marston, who ultimately won the grand prize.

“I can’t even believe it, this is unreal,” Marston said. “Like I’m dreaming!”