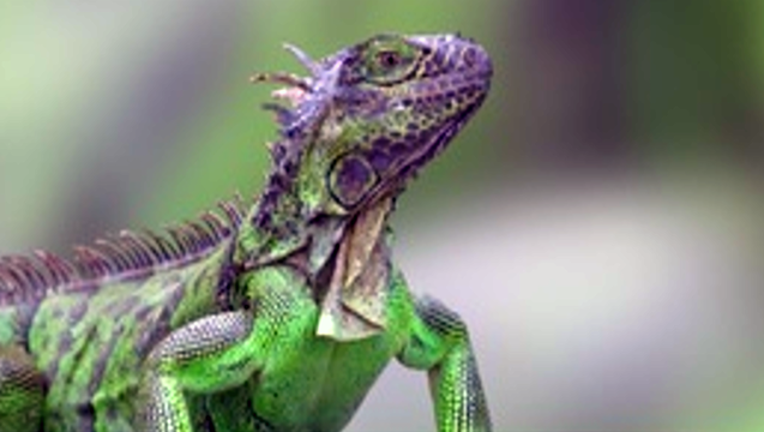 File image of an iguana.

MIAMI (AP) - A Florida man can add reptile wrangling to his resume after finding an iguana lounging in his toilet.

The Miami Herald reports that David Adams wrote about the incident last week on Facebook, where he posted photos of the adventure.

Equipped with a gas mask, bulletproof vest and ski gloves, Adams managed to catch the iguana in a towel and release it outside.

The Univision reporter says the reptile apparently made its way into his toilet after crawling through the plumbing vent on the roof of his Key Biscayne home.

Iguanas eats plants and are generally not aggressive to people. They are an invasive species in Florida.