A Central Florida mother is continuing the push for justice in her son's murder.

SANFORD, Fla. - A Central Florida mother is continuing the push for justice in her son's murder.

It's hard for Letsy Perrin to think back to the day her 16-year-old son, Jaitoryon McNair, was shot and killed on the front porch of her Sanford home.

She said she walked outside that day in August to find her son in a pile of blood.

Her son was shot and killed, and her daughter was grazed by a bullet.

The shooting happened near Hays Drive and Mayfair Circle in August.

Perrin says she hasn't gotten any answers since. 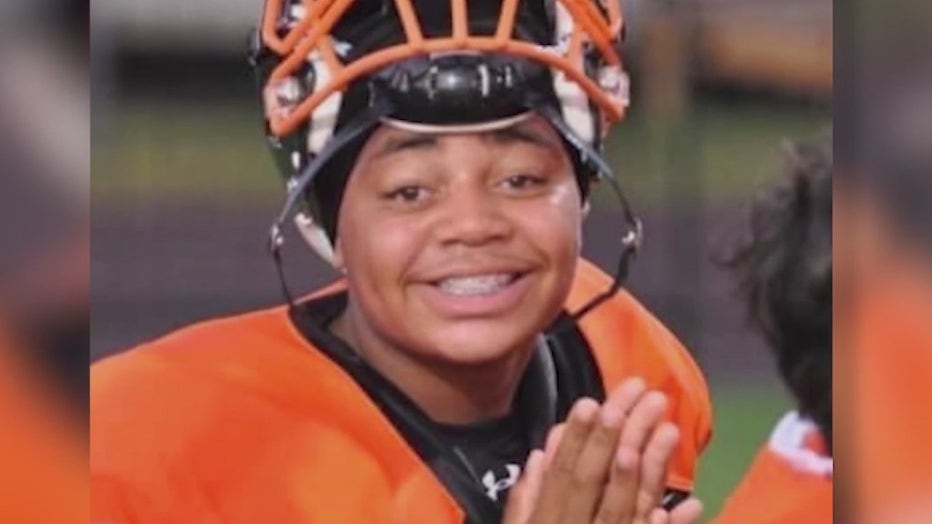 Sanford police say a black car sped away after the teen was shot and that investigators believe he was targeted.

Perrin says she and her son talked about him getting into the service when he graduated.

"He’s gone forever. All I have is the memories," she said. "I want justice for my son. I was justice for his sisters because we are all hurt."

Perrin believes there must be more information out there that could help find the shooter.

She's asking people to come forward and bring that information to Sanford police no matter how small the detail may be.

"If they have any compassion or empathy in their hearts to please just step up," she said. "I want to have my turn to say my peace to the ones who chose to take my son from me."

Law enforcement said an investigation is ongoing but there are very few leads.

"At this time we do not have any corroborating leads to identify any suspect(s)," said Sanford police spokesperson Bianca Gillett.

Gillett added that even family members of the victim have even been subpoenaed as part of the investigation who have failed to show.

"Without any other suspect information or leads to follow up with, we are at standstill," she said.