The new I-4 Express Lanes are now open to traffic.

ORLANDO, Fla. - The Florida Department of Transportation has officially opened the new I-4 Express lanes to motorist.

FDOT sent a tweet just before 8 a.m., announcing the opening saying in a news release, "The Department appreciates your patience with additional congestion on the roadway while drivers adjust to new traffic patterns and go through the learning experience."

The dedicated lanes run from west of Kirkman Road in Orange County to just east of SR-434 in Seminole County. "Ours are express lanes, where we actually have two dedicated lanes in each direction that go that direction all times of the day," explained FDOT spokeswoman Jessica Ottaviano.

The 21-mile stretch, center toll lanes are currently free for the first five days for drivers to test the lanes.

There are 16 access points along the route, so Ottaviano says it isn’t ideal for short trips. "It’s not meant for drivers going from exit to exit, it’s meant for drivers to go a little bit longer distance. So there are exits that you’ll need to look and see if it makes sense for your route, and for some people it may make sense if you’re going to Maitland to go a little bit further and then come back that way."

FHP says they'll be actively patrolling the 21-mile stretch area for speeders. On March 3, the toll is expected to begin at 50 cents per segment and $3 to $3.50 for the whole 21 miles. The price will be adjusted after the introductory rate based on traffic volumes to manage congestion.

Ottaviano gave some tips on using the new lanes. "You should not make a U-turn or ever stop on Express Lanes if you make a mistake. It’s important to just keep going, follow the signage and get off when it’s safe. Then you can pull over and navigate yourself where you need to go," she said. 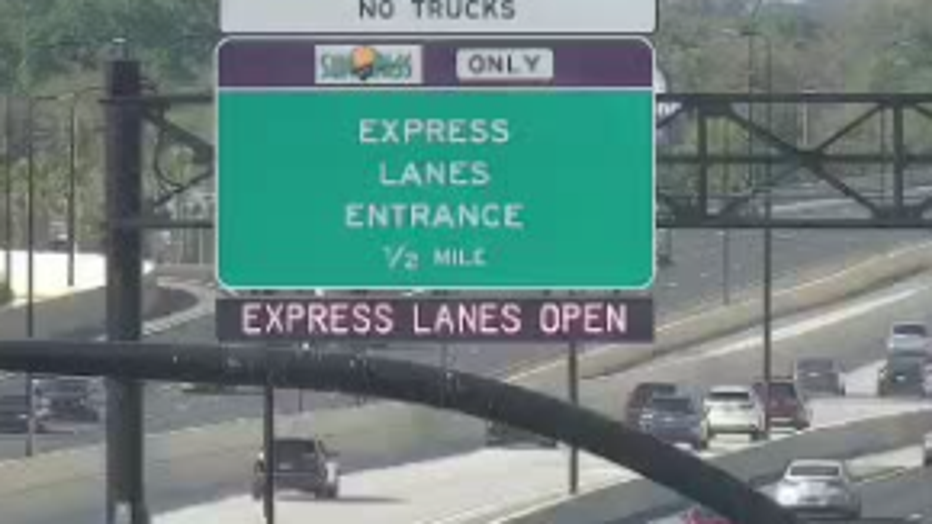 FDOT says the lanes should reduce I-4 traffic by 20 percent. Some drivers were skeptical, like Eden Rubino. "With all the traffic I've seen on I-4, I don't see how it's gonna make a difference," she said.

Others, like Angel Linares, said they were happy for the new lanes. "Traffic in the morning, Clermont area, Lake Buena Vista, 8:30 in the morning, 5:30pm, it's horrible. Takes two hours sometime for a 30-minute drive, so this should help!"

The new express lanes be free for the first five days to let drivers get used to using them. After that you'll need to have a sun-pass, e-pass, or another kind of traffic transponder to use them, or face a $25 fine.

This is the final part of the over $2 billion I-4 Ultimate project, complete after seven years of construction in Central Florida.