ORLANDO, Fla. - Nicole made landfall along the east coast of Florida as a Category 1 hurricane early Thursday just south of Vero Beach. The system has since downgraded to a tropical storm.

The storm – which officially came ashore at 3 a.m. – is moving near the west coast of the northern Florida peninsula, lashing the area with heavy rains, strong winds, dangerous storm surge and waves. As of Thursday afternoon, the National Hurricane Center said Tropical Storm Nicole is packing maximum sustained winds of 45 mph. 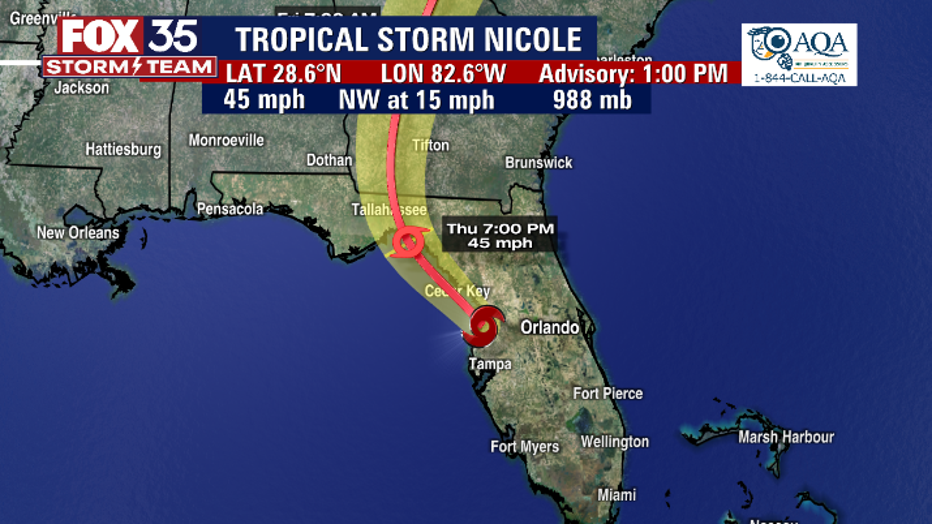 "Nicole is expected toaccelerate north-northeastward on Friday. On the forecast track, thecenter of Nicole will move over the far northeastern Gulf of Mexico in the next several hours and then move inland over the eastern Florida Panhandle tonight.  Nicole should move northward into Georgia later tonight, and then move through the southeastern United States on Friday, " the NHC said.

The storm is expected to weaken to a depression over Georgia Thursday night, and then it is expected to merge with a frontal boundary over the Mid-Atlantic United States by Friday night. 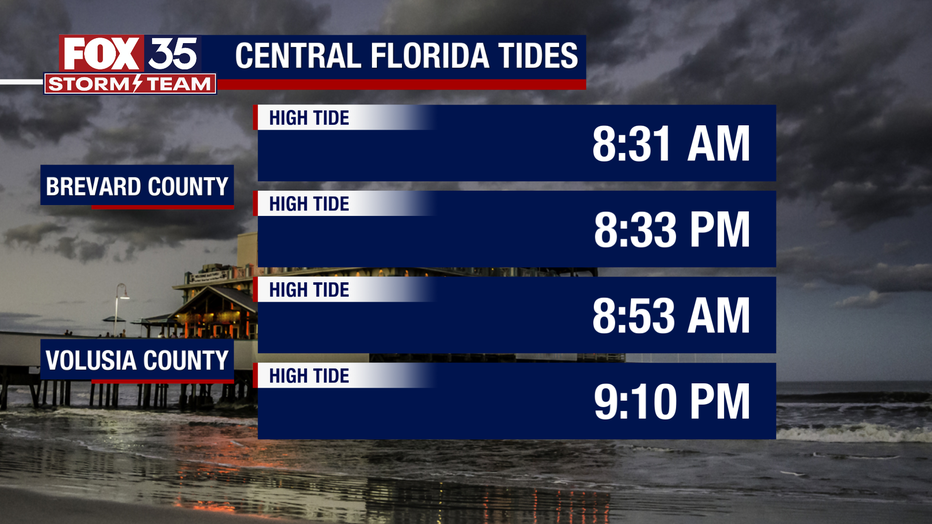 Residents in several Florida counties — Flagler, Palm Beach, Martin, and Volusia — were ordered to evacuate such barrier islands, low-lying areas, and mobile homes. Volusia, home to Daytona Beach, imposed a curfew and warned that intercoastal bridges used by evacuees would close when winds reach 39 mph. There is no penalty for ignoring an evacuation order, but rescue crews will not respond if it puts their members at risk.

Several beachside communities from Brevard County to Flagler County have issued evacuation orders ahead of the approaching Hurricane Nicole. Late Wednesday, law enforcement officers were going door-to-door to check on residents and warning those people who chose to stay behind to shelter in place.

Nicole is the first hurricane to make landfall in Florida in the month of November since 1985 when Hurricane Kate came ashore as a Category 2 storm near Mexico Beach, Florida.