ORLANDO, Fla. - Tropical Storm Karl is expected to bring heavy rainfall and tropical storm conditions to portions of southern Mexico before making it expected landfall this weekend. Meanwhile, the National Hurricane Center another disturbance in the Atlantic.

Karl is expected to turn southward or south-southwestward over the Bay of Campeche later on Friday and this motion should continue through early Saturday. 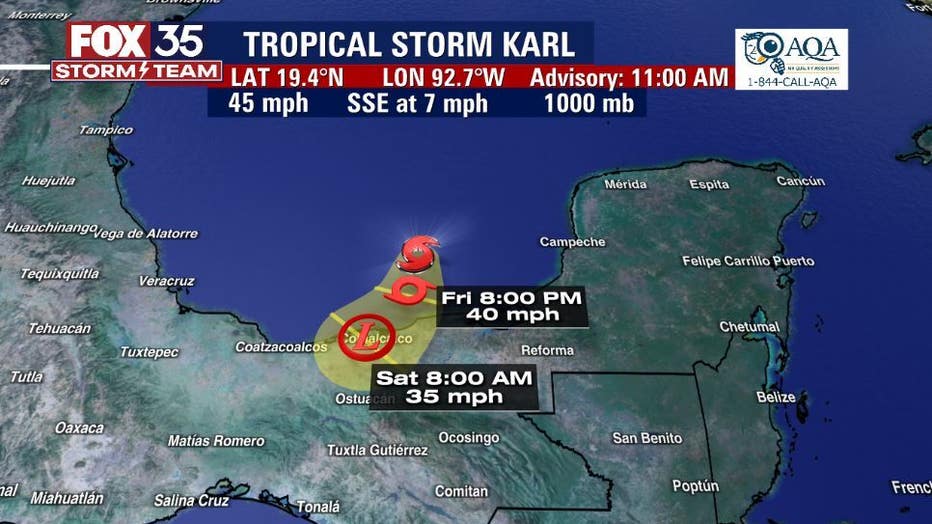 As of Friday, a Tropical Storm Warning is in effect for Coatzacoalcos to Sabancuy.

Meanwhile, a tropical wave is located several hundred miles south of the Cabo Verde Islands. Forecasters say environmental conditions appear marginally favorable for some slow development of this system as it moves westward to west-northwestward at 5 to 10 mph over the tropical Atlantic through early next week.

As of Friday, the chances of formation are low at 20-percent over the next five days.  If it does become a named storm, the next name on the list is Lisa.