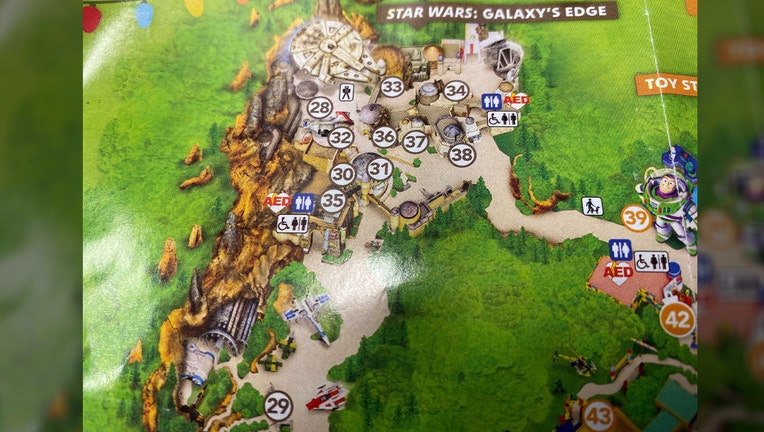 ORLANDO, Fla. - Many guests will be visiting 'Star Wars: Galaxy's Edge' for the first time as 'Star Wars: Rise of the Resistance' is expected to open on Thursday.

While navigating Disney's Hollywood Studios may be easy for some, we are here to help those who may struggle. 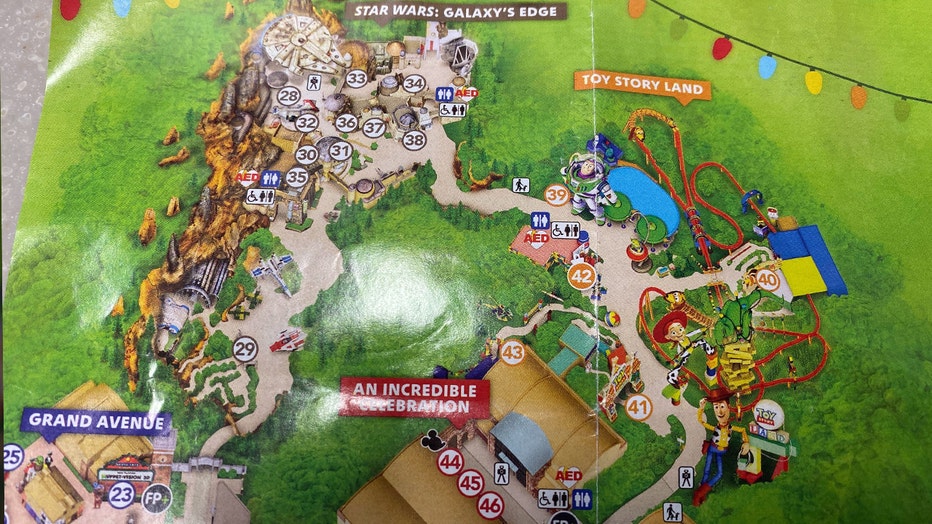 The land features two rides: 'Millenium Falcon: Smugglers Run' and 'Star Wars: Rise of the Resistance.' The latter does not open until December 8, but Millenium Falcon: Smugglers Run opened when the whole land debuted in August. On this ride, guests receive a role before boarding -- either pilot, engineer, or gunner -- and embark on an adventure through space. This ride is located in the back of land between 'Docky Bay 7 Food and Cargo' and 'Oga's Cantina.'

Then on Star Wars: Rise of the Resistance, guests are placed in the middle of a battle between the 'Resistance' and the 'First Order' after taking off from Batuu in a transport ship. They receive orders from Rey and BB-8 and set off to meet General Leia Organa at a secret rendezvous point. Riders are then captured by a First Order Star Destroyer and must escape Kylo Ren and the First Order. This ride is located along the outskirts of Star Wars: Galaxy's Edge and is marked by a large turret. This is right by the entrance to the land closest to Grand Avenue

Outside of the rides, there are several places to shop in Batuu. For example, at 'Savi's Workshop,' guests can build their own custom lightsaber. The 'Droid Depot' allows guests to design, assemble, and activate a customized droid. Then, at shops like 'Dok-Ondar's Den of Antiquities' and 'Black Spire Outfitters,' guests can purchase clothing. Other stores, like 'Creature Stall,' 'Jewels of Bith,' and 'Toydarian Toymaker,' sell more merchandise, including handcrafted toys and plushies.

There are lots of food options inside Star Wars: Galaxy's Edge as well. There are several specialty items, including 'blue milk' from the 'Milk Stand,' sweet kettle popcorn from 'Kat Saka's Kettle,'  and grilled sausage and pork wraps from 'Ronto Roasters. A variety of dishes and beverages can be found at the 'Docking Bay 7 Food and Cargo' and 'Oga's Cantina.' 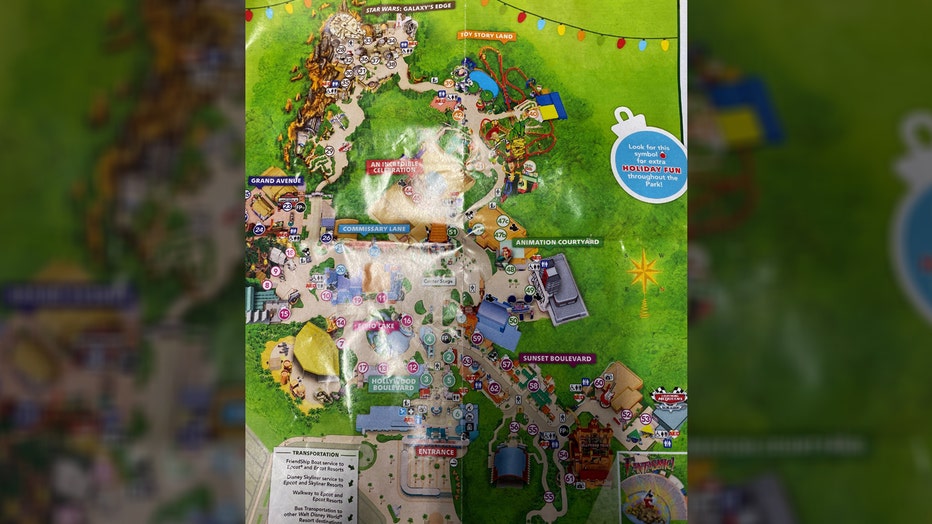