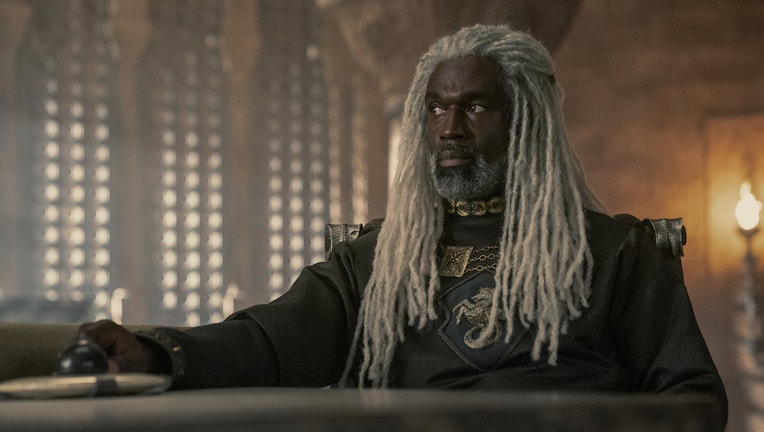 Chicago - Last week, we talked you through who’s who in the sprawling ensemble of "House of the Dragon." This week we’re back for a geography lesson! From Harrenhal to Driftmark, there are no shortage of locations to keep track of in this "Game of Thrones" prequel, even if they’re mostly being discussed in the dim rooms of King’s Landing.

In "The Rogue Prince" (episode two, which premiered Aug. 28 and is now streaming on HBO Max), three places in particular get a ton of mentions: The Stepsones, Dragonstone and Old Valyria. So what are these locations, why do they matter and what do you need to know about them? Read on for our beginner’s guide to where’s where in Westeros — or you can check out our general primer for the series and our spoiler-free review of the first six episodes.

[Westeros Warning: This article contains plot details from "House of the Dragon" episodes 1 and 2]

The Stepstones: Islands in dispute

Give it enough time in any Small Council scene and Lord Corlys Velaryon (Steve Toussaint) is bound to mention the Stepstones — much to everyone else’s chagrin. This small chain of rocky islands get their name from the fact that they serve as metaphorical stepping stones between Westeros and Essos (a.k.a. that Eastern continent Daenerys Targaryen spent so much time hanging out on during "Game of Thrones"). Traditionally, the Stepstones have been a lawless place run mostly by pirates. But trouble is brewing in the region and Lord Corlys worries that it could impact House Velaryon, which gets most of its enormous wealth from seafaring.

You see, a mysterious figure known as "the Crabfeeder," a.k.a. Craghas Drahar (Daniel Scott-Smith), has been leading murderous raids on ships that pass the islands. And while King Viserys (Paddy Considine) isn’t too concerned about distant nautical matters, Lord Corlys is worried about the crabby fiend’s bigger backers — the newly formed "Triarchy" of Essos. 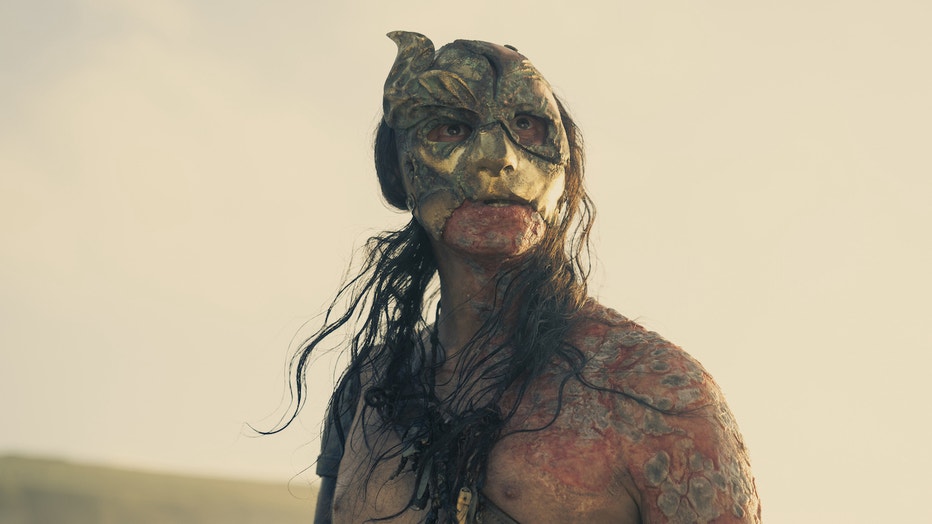 RELATED: ‘House of the Dragon’ 101: Who's who in this new game of thrones

So what’s the Triarchy? Well, remember back in "Game of Thrones" when Arya Stark spent time training with the Faceless Men in Braavos? Braavos is one of the nine Free Cities of Essos — powerful independent city-states located just across the Narrow Sea from Westeros. And in the time of "House of the Dragon," three of those cities (Lys, Myr and Tyrosh) have recently combined forces into a super-entity known as the Triarchy.

Corlys worries this new coastal power could spell trouble for the future of his House — or maybe even for all of Westeros. That’s why he encourages Prince Daemon (Matt Smith) to prove his mettle by taking down the Crabfeeder.

Speaking of Prince Daemon, he spends most of this week’s episode holed up in Dragonstone, the ancestral home of the Targaryens in Westeros. It’s like what Winterfell was for the Starks, which is why it’s kind of a big deal that Daemon decides to squat there for six months as a part of a hissy fit/power play after his niece Princess Rhaenyra (Milly Alcock)replaces him as heir to the Iron Throne. 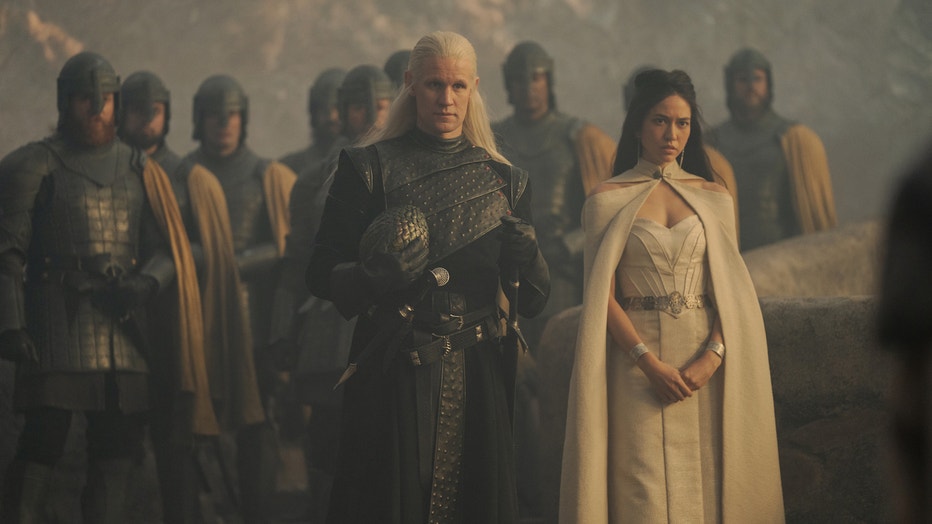 Like the Stepstones, Dragonstone is also an island, and we’ve seen it in "Game of Thrones" before. Stannis Baratheon used it as his seat of power in seasons 1-4 and Daenerys set up shop there starting in season 7. This week, however, "House of the Dragon" uses the island as the backdrop for the most thrilling moment of the series yet: A tense, dragon-filled standoff between Daemon and Rhaenyra on the bridge outside the castle.

It’s one of the first moments where "House of the Dragon" really highlights just how different this world feels with so many dragons flying around — not to mention so many layered family dynamics at play.

Of course, there’s another reason Dragonstone is so important to the Targaryens, which brings us to.... 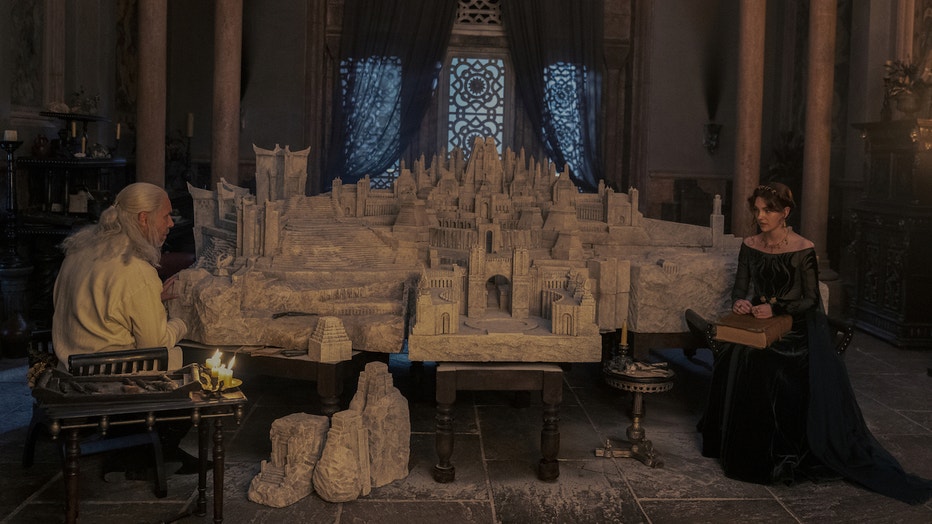 Yep, it’s finally time to talk about that giant model city Viserys has chilling in his bedroom! It’s a replica of Old Valyria — the ancient kingdom where the Targaryens and Velaryons originally come from. If Westeros is like medieval Europe then Old Valyria is like the Roman Empire, only with thousands of dragons to shore up the region’s centuries of power and prosperity. (The much-coveted Valyrian steel hails from here.)

But while Valyria reigned like Rome, it fell like Pompeii, in a giant volcanic explosion known as "the Doom," which destroyed the land, wiped out the people and killed nearly all of those thousands of dragons. (Tyrion and Ser Jorah actually sailed by the wreckage of the Valyrian peninsula in season five of "Thrones.")

So how did the Targaryens and their dragons manage to survive? Well, according to legend, a few years before the Doom hit, a young Targaryen named Daenys had a prophetic dream about the catastrophe, which inspired her dad to move the Targaryen family out of Valyria and into... Dragonstone! 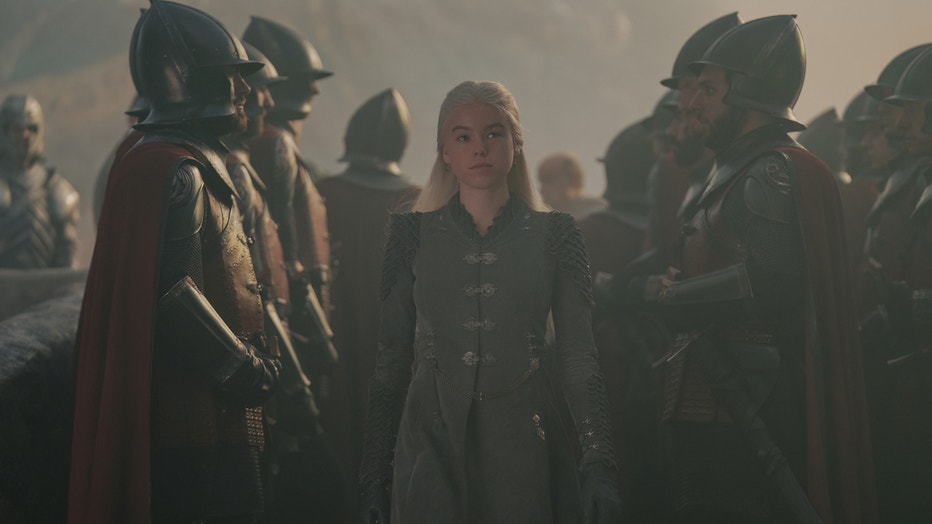 That island stronghold is where the Targaryens remained until Rhaenyra’s great-great-great-grandfather Aegon the Conqueror flew over to Westeros and united the realm into the Seven Kingdoms we know and love today. And as Viserys revealed in a small but impactful bit of lore-expasion in the "House of the Dragon" premiere, Aegon was actually motivated by a prophetic dream of his own: He foresaw "a terrible winter gusting out of the distant north" and bringing ominous creatures that will "destroy the world of the living" unless a Targaryen is sitting on the throne to unite all of Westeros in this "song of ice and fire."

So, yeah, there’s a reason Viserys is so obsessed with all this old history. He doesn’t want Westeros to fall the way Valyria did. Ironically, however, focusing so much on those big-picture concerns is causing him to miss out on the smaller scale problems unfolding right in front of him. Like the fact that insulting his powerful cousin-in-law, marrying his teenage daughter’s best friend Alicent (Emily Carey) and ignoring his impulsive younger brother might not be the best way to create family harmony. Sounds like the Stepstones aren’t the only place where trouble is brewing...

Oh, and if you still need help picturing how all the geography fits together, check out this interactive map of Westeros and Essos.

Prepare for the Crabfeeder with: "Shark Bait," streaming free on Tubi

Shark Bait (2022): This shark-filled survival thriller follows a group of friends who decide to steal a couple of jet skis while enjoying a weekend away. But when they end up stranded at sea after a horrific head-on collision, they must find a way to get home, all while hungry predators lurk in the water beneath them. "Shark Bait is a Tubi Original. Rated TV-MA. 85 minutes. Dir: James Nunn. Featuring: Holly Earl, Thomas Michael Flynn, Malachi Pullar-Latchman, Jack Trueman, Catherine Amy Hannay.

"Shark Bait" is streaming free on Tubi — get the app

How to watch "Game of Thrones: House of the Dragon" episode two

The first episode of "House of the Dragon" is currently available On Demand for HBO subscribers; it’s also streaming on HBO Max.

When is the next episode of "Game of Thrones: House of the Dragon"?

Episode three of "House of the Dragon" premieres on HBO on Sunday, Sept. 4 at 9 p.m. ET/PT. New episodes air weekly through Oct. 23.

When will "Game of Thrones: House of the Dragon" be streaming?

The second episode of "House of the Dragon" is streaming on HBO Max now. New episodes will begin streaming every Sunday at 9 p.m. ET/6 p.m. PT — so West Coast fans can watch along simultaneously.