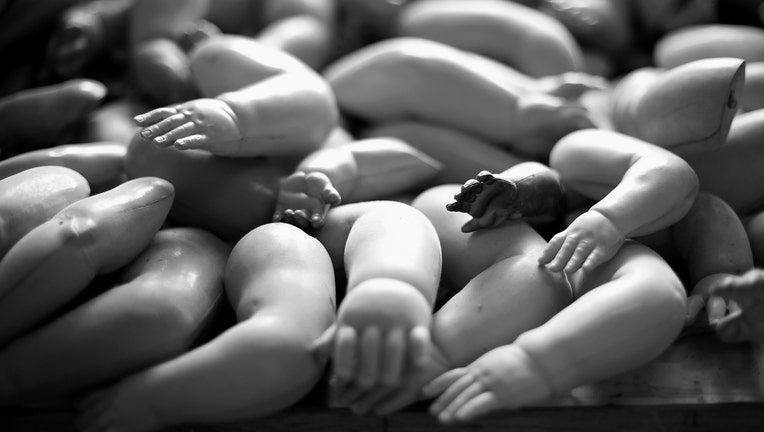 This isn’t the sort of thing anyone wants to find in their forever home.

A new homeowner in the United Kingdom was shocked as he apparently found an old rag doll tucked away inside the walls of his house. While this would normally be an unusual find, the note that accompanied the doll made the situation much creepier.

Jonathan Lewis found the doll in a cavity under a staircase, the New York Post reports. He discovered the area after noticing a wire coming out of the wall where the previous owners had kept the fridge.

Lewis claimed that after pulling back the plaster, he found a rag doll holding a note.

According to him, the note read, "Thank you for freeing me! My original owners lived in this house in 1961. I didn’t like them so they had to go. All they did was sing and be merry. It was sickening. Stabbing was my choice of death for them so I hope you have knives. Hope you sleep well."

While Lewis says that his friends have all told him to move out of the house, he’s apparently not bothered by the discovery. In fact, he’s pretty sure that it’s just a prank.

He explained to local reporters that when he bought the house, he was told that the kitchen was redone only four or five years ago. Since this was the area where the doll was found, he thinks it’s unlikely it wouldn’t have been discovered then.

It’s more likely, according to Lewis, that the doll was dropped there during the renovation as a joke.

He also explained that the paper doesn’t appear to be old enough to be from 1961.