VANCOUVER, Canada - Police are looking for the person responsible for shooting a homeless man with an arrow Thursday night.

Authorities said the 22-year-old victim was standing in front of Vancouver’s Downtown Eastside Women’s Centre Thursday night when he felt a sharp pain in his leg. He looked down to find an arrow logged in his leg just below his kneecap.

The victim managed to walk to a medical facility one block away where he was given first aid.

Sgt. Steve Addison said all signs point to this being a random attack. But, he also pointed out it came roughly two months after another homeless man was pushed to the ground and repeatedly kicked by a stranger in Yaletown. No arrests have been made in that case.

Regardless of the intent, Addison recognizes people without homes as some of the most vulnerable in the community. He said Thursday’s attack showed a shocking level of callousness and disregard.

"We know that homeless and unsheltered people are already more likely to be victims of crime than those who are housed," Addison said. "We are doing everything possible to identify the people who did this and hold them accountable." 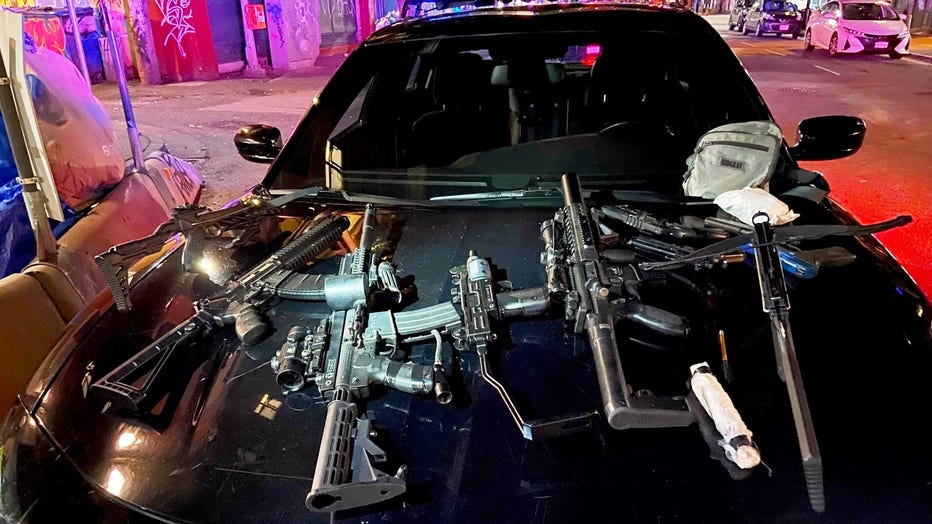 Investigators think the arrow was fired from a fire escape on a nearby building. When investigating that building, officers discovered crossbows, replica assault rifles, scopes, lights and lasers.

"We believe the person who shot the arrow was either a resident or a visitor who fled before police arrived," added Addison. "We’re continuing to collect evidence and are working hard to identify the shooter."