The historic manned mission went off on Saturday afternoon from Kennedy Space Center.

KENNEDY SPACE CENTER, Fla. - After some rocky weather threatened to scrub the launch for a second time, SpaceX successfully sent the Crew Dragon spacecraft into orbit, making it the first manned launch from American soil since 2011 and the first for a private space company.

NASA astronauts Doug Hurley and Bob Behnken have now made history and are on their way to the International Space Station.

For a while, it didn’t look like it was going to happen on time. After lightning and other weather conditions scrubbed the original launch time on Wednesday, Saturday’s forecast didn’t look much better, with only a 50-50 shot of ‘go for launch’ weather. With less than an hour to go, conditions improved to 70-percent favorable conditions. 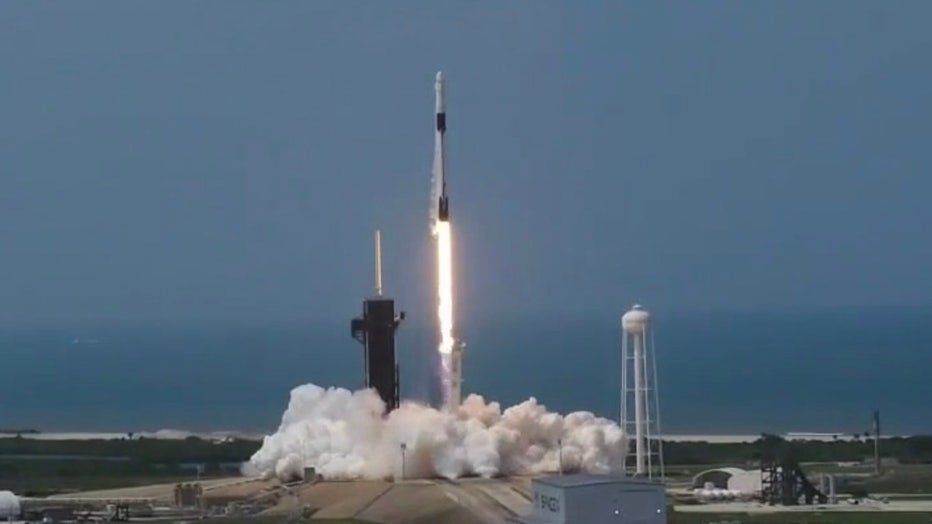 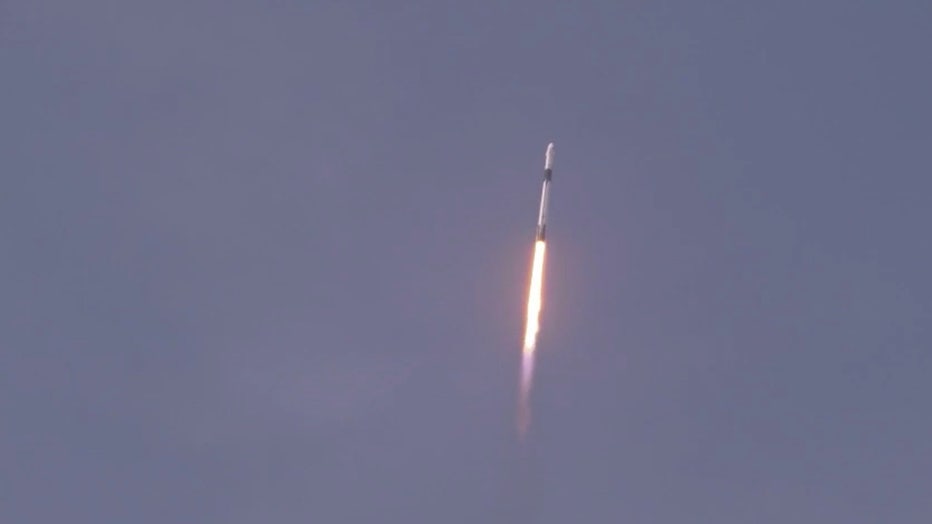 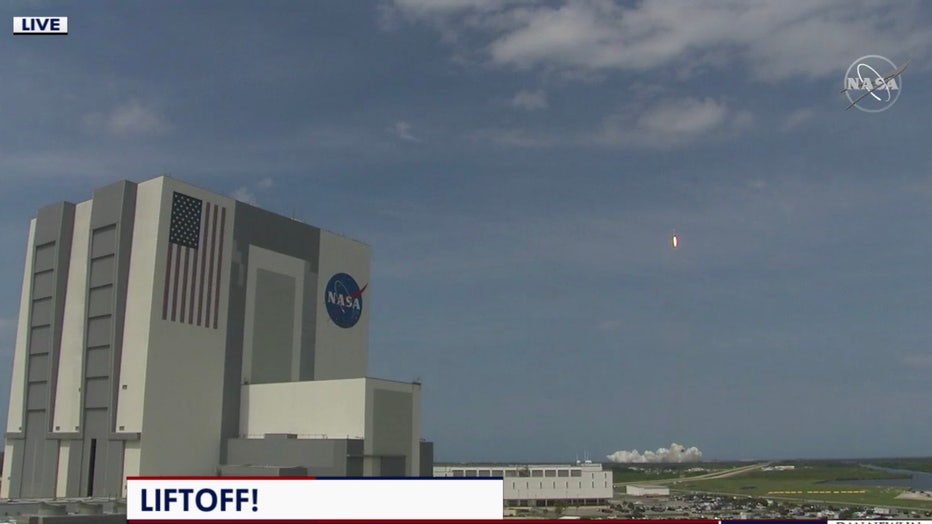 Fortunately, the weather threat cleared in time for a successful and historic liftoff at 3:22 p.m.

The historic manned mission went off on Saturday afternoon from Kennedy Space Center.

“Know that we are with you. Have an amazing flight and enjoy those beautiful views of our planet,” NASA mission control told the astronauts before blast off.

“It is absolutely our honor to be a part of this huge effort to get the United States back in the launch business. We’ll talk to you from orbit,” they answered back. 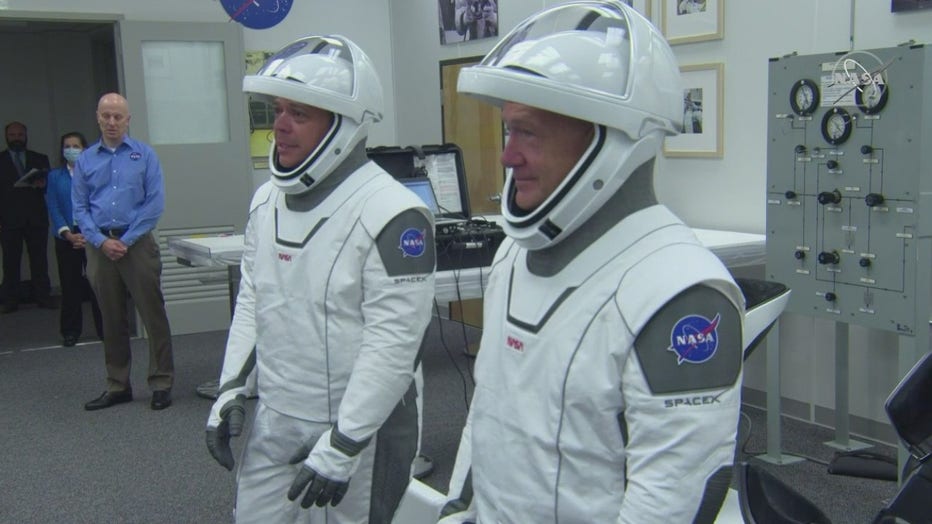 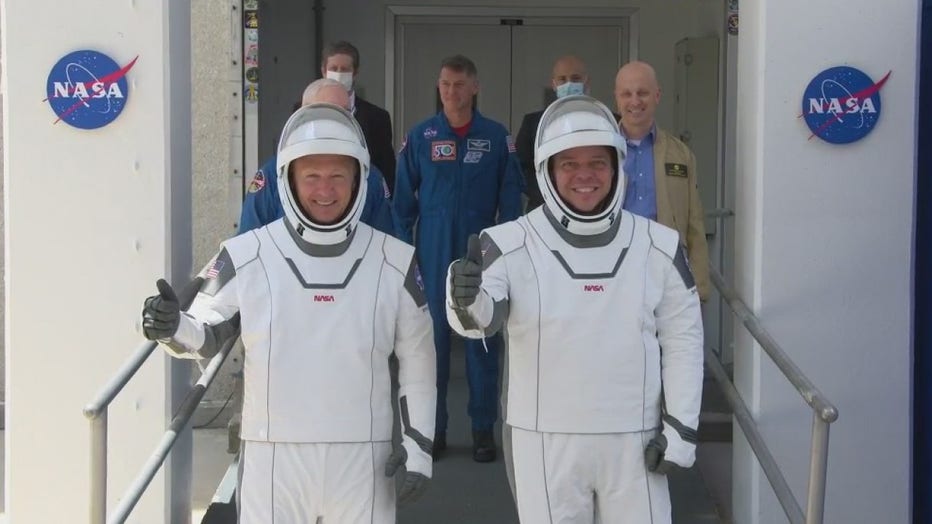 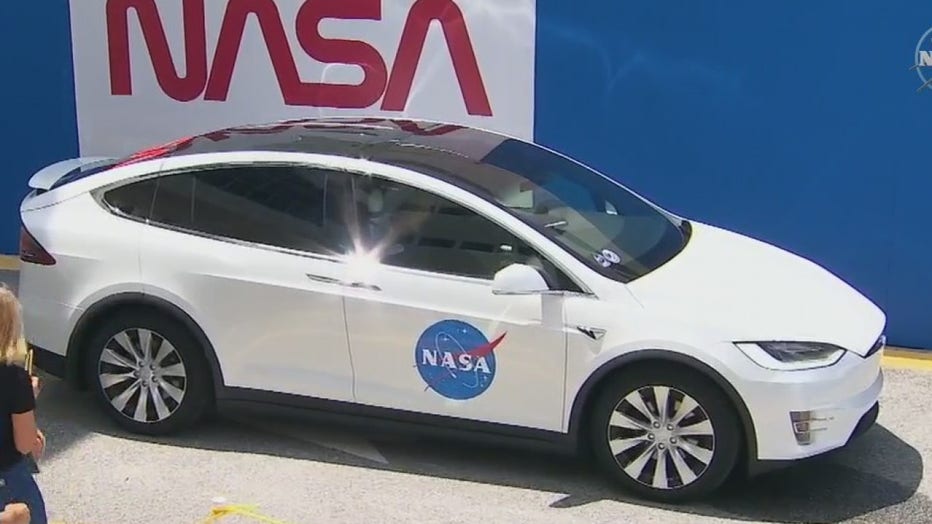 NASA astronauts head to launchpad 39A ahead of historic mission

The launch was pushed to Saturday after being scrubbed on Wednesday because of weather. 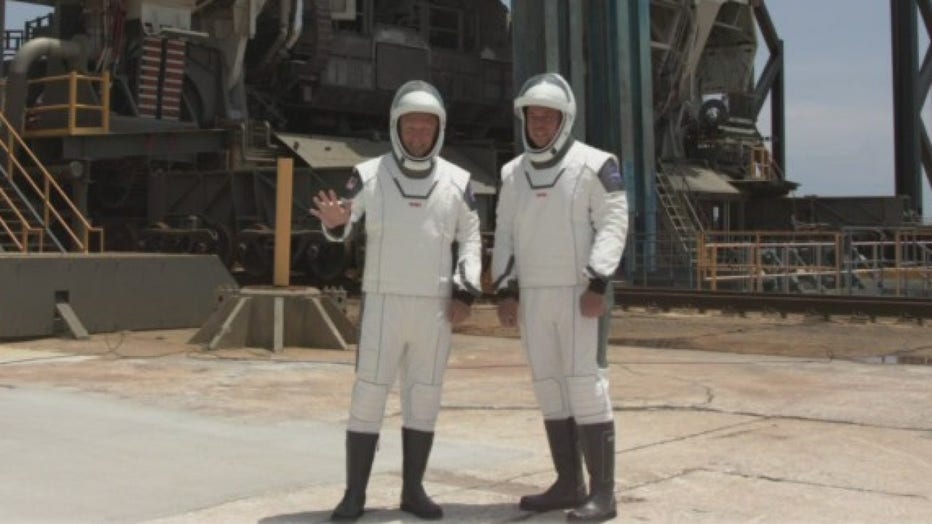 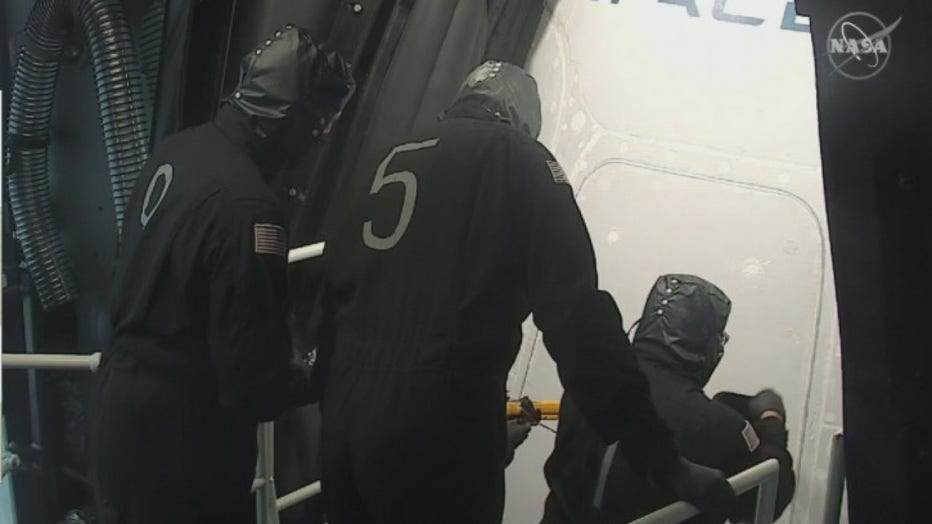 RELATED: Timeline: NASA astronauts schedule leading up to the launch

FOX 35 Robert Guaderrama is awaiting the arrival of President Donald Trump and First Lady Melania Trump ahead of liftoff. 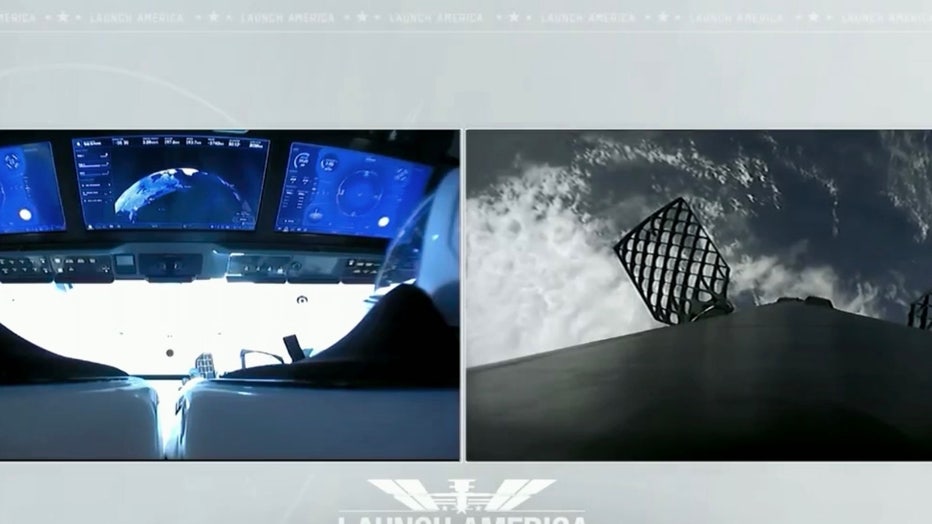 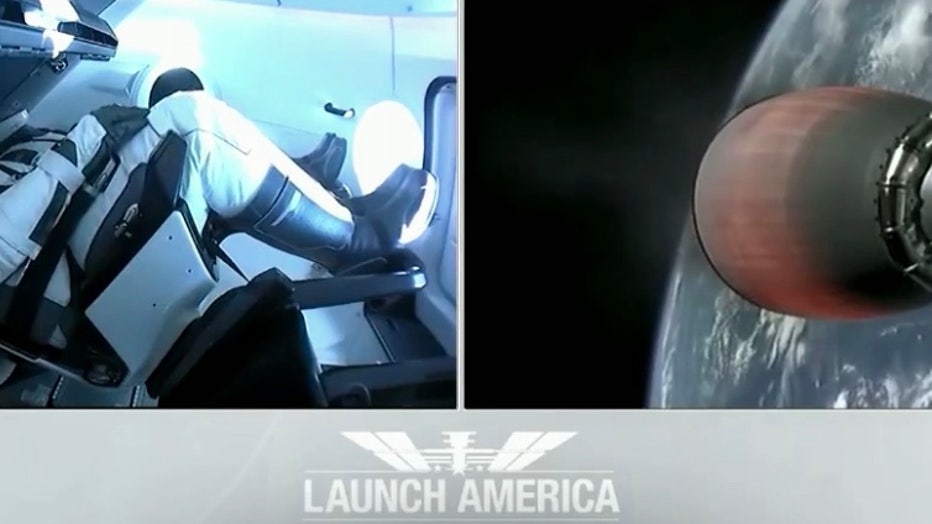 President Donald Trump and Vice President Mike Pence flew into Cape Canaveral on Saturday afternoon to watch the historic launch. The president will make remarks about the launch around 5:00 p.m.

NASA officials estimated that about 10 million people were watching the lliftoff.

The Crew Dragon spacecraft is capable of staying in orbit for about 210 days but the specific duration of their mission has not been determined yet. NASA will make this decision based on the readiness of the next commercial crew launch.

RELATED: What you should know about SpaceX’s Crew Dragon, the spacecraft poised to make history

NASA said this it’s a stepping stone. The astronaut corps is preparing for moon missions. SpaceX capsules and other vehicles in development could be used to take people and supplies. Kjell N. Lindgren, a NASA astronaut, says Demo Two is just the beginning.

Crowds along the Space Coast are excited for the historic manned launch.

"My vision for the future is that this ignites that next generation of spaceflight. I look forward to seeing Artemis take the first woman and the next man to the lunar surface for a permanent habitat."

RELATED: After the manned launch, what is next for space exploration?

That future and the past are linked in a neat way through Launchpad 39A. This weekend's launch will take off from the very same pad that sent Apollo 11 to the moon in 1969.

Inside the 45th Space Wing

The 45th Spring Space Wing has a whole team of meteorologists who help determine if the launch is a go.

"When we go to the moon in 2024, we’re going with a commercial landing system," Jim Bridenstine, NASA's administrator, told reporters on Friday.

NASA's Artemis program aims to discover new knowledge about the Moon, Earth, and our origins in the solar system. NASA said that this program will land the first woman and the next man on the surface of the moon by 2024. Contracts have already been awarded to Blue Origin, Dynetics, and SpaceX to design and develop human landers.

FOX 35 reporter Mike Magnoli speaks to Will Ulrich of the 45th Space Wing as liftoff approaches.

NASA said that Blue Origin, Dynetics, and SpaceX will refine their lander concepts through the contract base period ending in February 2021. During this time, NASA said they will evaluate which of the three will perform initial demonstration missions. Later on, NASA will select firms for the development and maturation of sustainable lander systems followed by sustainable demonstration missions.

If weather permits, SpaceX will attempt to launch two NASA astronauts into space on Saturday afternoon.

Tune in to FOX 35 for the latest news along the Space Coast.