Heavy rain has caused extensive flooding at a cemetery in Oakland.

ORANGE COUNTY, Fla. - Headstones are nearly submerged and vault lids are lifting at the Oakland-Tildenville Cemetery.

The Town of Oakland says it experienced significant flash flooding Sunday night, washing out some of its unpaved roads. It recorded more than four inches of rain in about two hours, with three inches coming down in one hour.

We spoke with a woman who has relatives buried at the cemetery.

“My grandma's over there. I got some cousins over there. I have some aunts and uncles over here and everybody is underwater. It’s really heartbreaking. They say they’re draining, but how do fix something like this? It’s sad. They can’t rest in peace like this," said one woman.

There is work being done on a development right behind the cemetery. The town says it has called on the developer to swiftly work on a permanent solution. 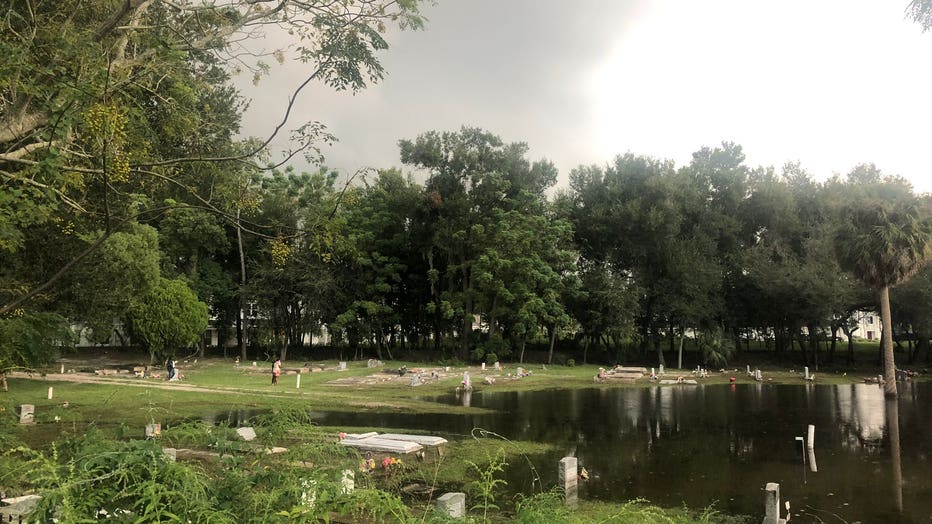 The city wouldn’t confirm the development has anything to do with the flooding.  We also reached out to the developer, Pulte Homes, but have yet to hear back.