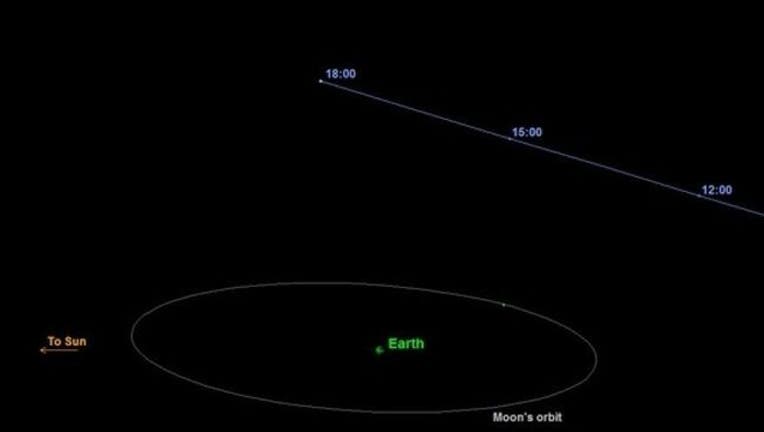 NASA scientists are tracking the upcoming Halloween flyby of asteroid 2015 TB145 with several optical observatories and the radar capabilities of the agency's Deep Space Network at Goldstone, California.

Some astronomers have dubbed the object Spooky.

It is expected to pass at a distance slightly farther than the distance from Earth as the moon.  It is the closest a large object is predicted to come to Earth until August 2027 when an a huge rock is supposed to pass the Earth at the same distance as the moon.

The rock is estimated to be 1,300-feet-wide, or about the size of the Empire State Building.

Scientists plan to beam radio waves at it to determine exactly what it is.

The asteroid is expected to be too faint to see with the naked eye.

NASA says the gravitational influence of the asteroid is so small it will have no detectable effect on the moon or anything here on Earth, including our planet's tides or tectonic plates.