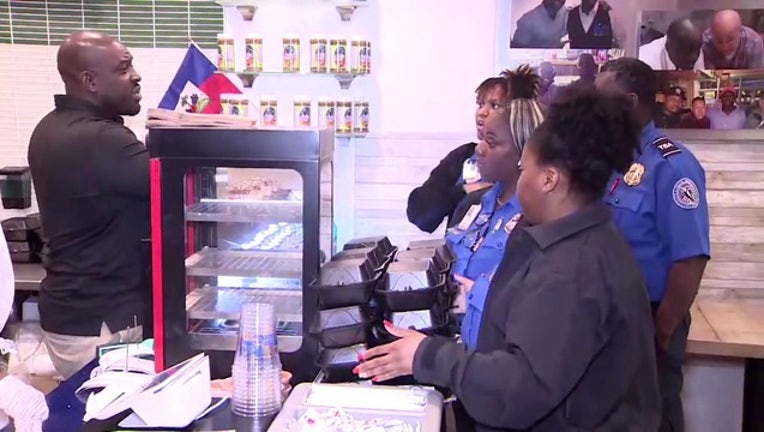 MIAMI (AP) - Transportation Security Administration workers may not be getting paid during the government shutdown, but a restaurant at Miami International Airport is making sure they get free lunches and dinners while on the job.

Sejour says he relies on workers for much of his business. When he heard them saying they couldn't afford to eat there anymore, he said "bull" and decided to offer up free food.

TSA workers are among the 800,000 federal workers affected by the shutdown, which began Dec. 22.

Sojour says this is the only Haitian restaurant operating in a U.S. airport.