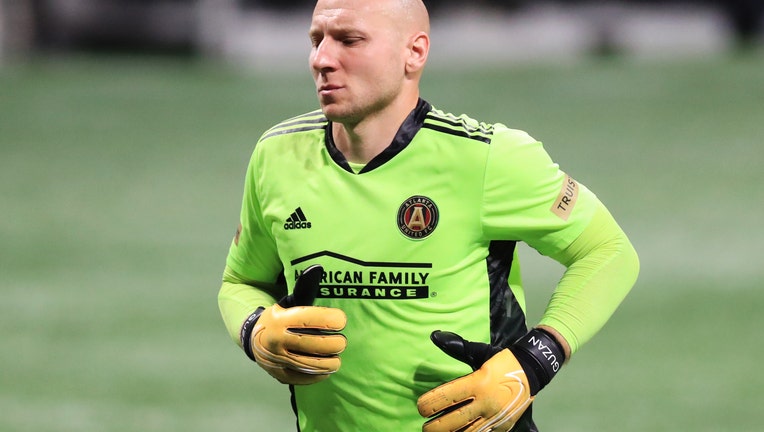 Brad Guzan #1 of Atlanta United looks on during the second half of a game against the Orlando City at Mercedes-Benz Stadium on October 7, 2020 in Atlanta, Georgia. (Photo by Carmen Mandato/Getty Images)

ATLANTA (AP) - Brad Guzan made a diving stop in the 86th minute among his six saves, and Atlanta United settled for a scoreless draw with Orlando City on Wednesday night.

It was Guzan's fifth shutout of the season and his third in the last five games for Atlanta (5-8-3).   Junior Urso side-footed a one-touch shot from near the spot, but the 36-year-old Guzan stretched out his left arm and knocked it away.

Orlando City (8-2-6) is unbeaten in its last 10 games. dating to a 3-2 loss to Inter Miami on Aug. 22.   Goalkeeper Brian Rowe made his first start of the season and had three saves for Orlando City.

Regular starter Pedro Gallese is on international duty with the Peruvian national team. Rowe started all 32 games and had seven shutouts for Orlando City in 2019.