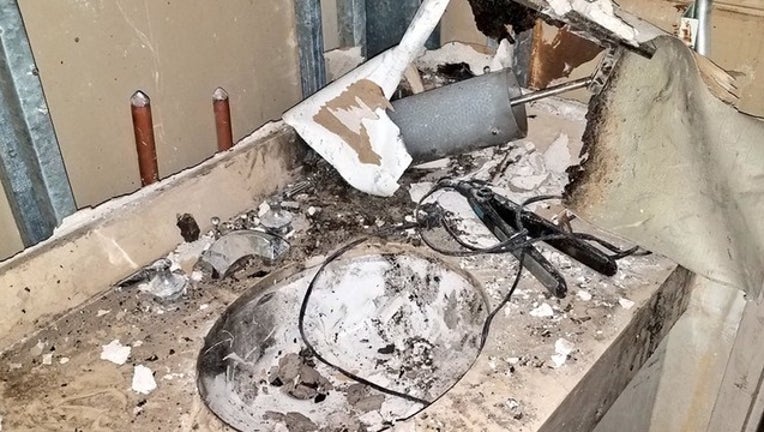 ORLANDO, Fla. (AP) - Officials say more than 1,000 guests were temporarily evacuated from a Florida hotel near SeaWorld after a fire broke out in a room.

Orange County Fire Rescue posted on Twitter that Thursday morning's blaze at the Renaissance Orlando hotel was caused by a flat iron that was accidently left on in a bathroom.

Officials say the seventh-floor room where the fire occurred was damaged by the flames, while several rooms below it sustained water damage from the hotel's sprinkler system.

No injuries were reported. Guests began returning to their rooms less than an hour after the fire was reported.