A man heading on a honeymoon with his new bride has died after a hit-and-run crash. The victim's father is pleading to the public for help.

DAYTONA BEACH, Fla. - A man heading on a honeymoon with his new bride has died after a hit-and-run crash. The victim's father is pleading to the public for help.

"We don’t want this to happen to anybody else. This is too painful. Too painful for any parent."

Joel Coffey was the father of the groom at his son’s wedding just over a week ago. Today he's planning his funeral.

"I don’t want to leave my son down here. I want to take him home. (Cries) Sorry. I’m trying to hold it together."

Chris Coffey, 29, and his wife Mary were driving from Tennessee to Florida for a honeymoon cruise on September 12. That’s when investigators said a white-colored Dodge Charger merged southbound on Interstate 95, from LPGA Blvd. They said it crashed into the newlywed’s truck, causing it to flip several times.  Chris suffered head injuries, which he later died from. 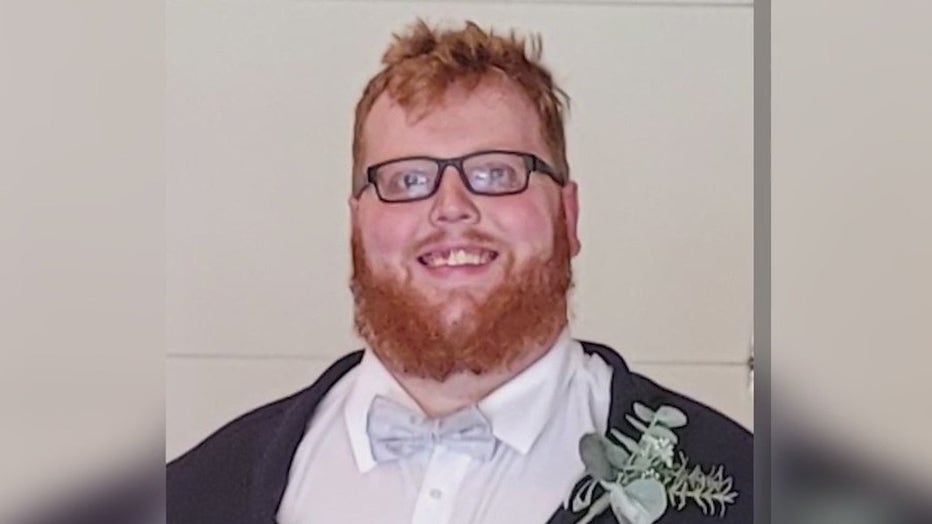 "We obviously want anyone to call in if they see a white Dodge Hemi with any front left damage," said Florida Highway Patrol Sgt Tara Crescenzi

The Dodge Charger also has a black rear spoiler. Investigators said the suspect, who took off, will now face upgraded homicide charges.

Joel is pleading to the public for help.

"If anybody had their cameras going or if there’s any information from their Tesla’s or whatever vehicle, I’m sure the FHP would love to see any footage." He hopes the driver responsible comes forward. "I don’t want any hate. I would just ask them to have a heart, turn yourself in. I don’t believe it was intentional."

Joel’s grateful to everyone who’s donated to the family's GoFundMe page and offers his thanks to emergency responders for working quickly to save his son and his son's new bride.

"Them responding so quickly gave us a chance to get down here and spend some time with him in the hospital before he passed on."

He said Chris was the light of his life.  This father is just taking it day by day for now.

"My son was a big redheaded ginger teddy bear. I’m gonna miss him. I don’t know what I’m gonna do the rest of my life without him."

FHP says this is the 19th hit and run in Central Florida.