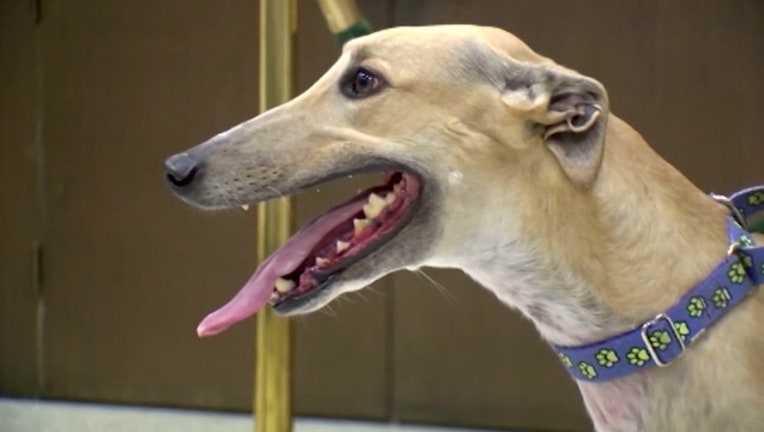 TALLAHASSEE, Fla. (NSF) - Florida voters will be asked this fall to ban greyhound racing, a staple for decades of the state’s gambling industry.

After repeated and heavily lobbied legislative debates in recent years about the future of the greyhound industry, the Florida Constitution Revision Commission on Monday voted 27-10 to put the proposed ban on the November ballot.

However, before the measure appears on the ballot, the industry plans to challenge the proposed constitutional amendment in court, said Jack Cory, a lobbyist for the Florida Greyhound Association.

Attorney General Pam Bondi, who has made dog-adoption efforts part of the opening of each state Cabinet meeting, called greyhound racing and the treatment of the dogs a “black eye on our state.”

“We all know these dogs end up with broken legs, serious injuries and they’re shipped from track to track until they’re dead or can no longer race at all,” said Bondi, who is a member of the Constitution Revision Commission.

After the vote, Cory said the proposal was advanced through “a misrepresentation of facts” and said it will “impact 3,000 jobs.”

Cory also disputed Bondi’s description of how dogs and treated and her claims that dogs would be adopted.

“That’s why you don’t put stuff like this in the Constitution,” Cory added. “If you make a mistake and misrepresent the facts, you can come back and fix it. You can’t fix a constitutional amendment without extraordinary measures.”

Commissioner Chris Smith, a former state senator from Fort Lauderdale who voted against the proposal, argued the measure should remain an issue for the Legislature, equating the proposal to a 2002 amendment that put the treatment of pregnant pigs into the Constitution.

“We’re adding more and more and more things to this ballot and at some point, we’ve got to say we have a Legislature for a reason,” Smith said.

The 37-member commission approved a series of proposed amendments Monday that will go on the Nov. 6 ballot. The measures will need approval from 60 percent of voters to pass.If the greyhound-racing proposal is approved, the measure would phase out racing by 2020.Bondi noted that of the 18 greyhound tracks in the nation, 12 are in Florida.

The measure would allow people to continue to bet at pari-mutuel facilities on greyhound races simulcast from other states.

State Sen. Tom Lee, a Thonotosassa Republican who sponsored the proposal, said allowing betting on races from elsewhere was needed for the measure to advance.

“If you eliminate the simulcasting ability, you impair the revenue stream for these organizations, it creates an economic hardship for them, and the house of cards comes down,” Lee said.

During past legislative debates about curbing greyhound racing, representatives of breeders and owners have argued, in part, that such moves would lead to job losses.

Commissioner Arthenia Joyner, a former state senator from Tampa who also voted against the proposal, said more effort is needed from state lawmakers to ensure people don’t lose their ability to make a living.

“I don’t want to deny or take away a person’s right to earn a living, when there is a solution, short of putting it in the Constitution,” Joyner said.However, Commissioner Don Gaetz, said the problem is that state lawmakers have been unable to act on various issues about greyhound racing.

“We’ve tried to get bills passed on injury reporting. We’ve tried to get bills passed on doping,” said Gaetz, a former state Senate president from Niceville. “And every time we have, there are fine and good people in this industry, but the mass of the industry has come forward with their lobbyists to do everything they could to stop them from reforming themselves and the stop the reasonable regulation of the industry.”