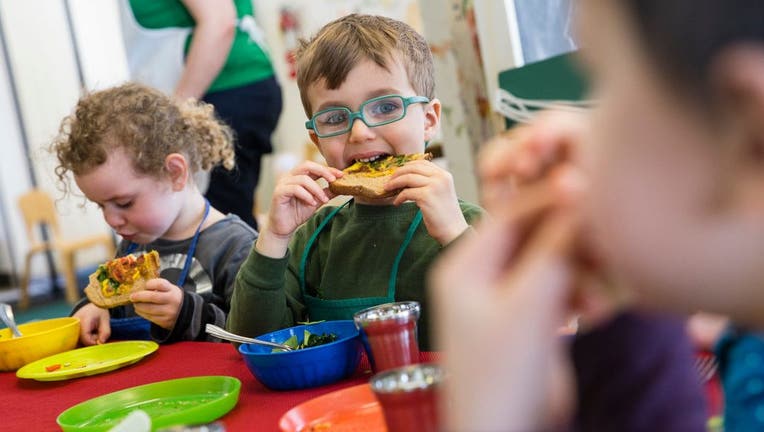 Pre-school students at the Community Nursery School eat foods they helped prepare as they take part in a program that teaches them to prepare and enjoy healthy foods in Lexington, MA on March 26, 2018. (Photo by Keith Bedford/The Boston Globe via Get

The key to combating obesity in adulthood could lie in early childhood education, according to a recent study funded by the National Institute of Health.

The study, conducted by Dr. Arthur J. Reynolds of the University of Minnesota, concluded that comprehensive, school-based early childhood programs could lead to improvements in body mass index (BMI) later in life.

Roughly 700 children from high-poverty, mostly-Black areas of Chicago participated in a comprehensive preschool program that provided healthy meals to kids and taught them how to make healthy food choices. Their parents received health and educational services and job training.

Researchers studied a group of more than 350 people who graduated from a less robust preschool program.

When comparing the two groups, graduates of the Child-Parent Center preschool program had a lower BMI in their late 30s, showing a 3.2% reduction at age 37.

Along gender lines, researchers found no significant differences in obesity rates among men in either group — as the men already had a low rate of obesity.

Women who attended the comprehensive program, however, were found to be 27% less likely to be obese than the women who didn’t.

Researchers found a 7.5% reduction in BMI among women.