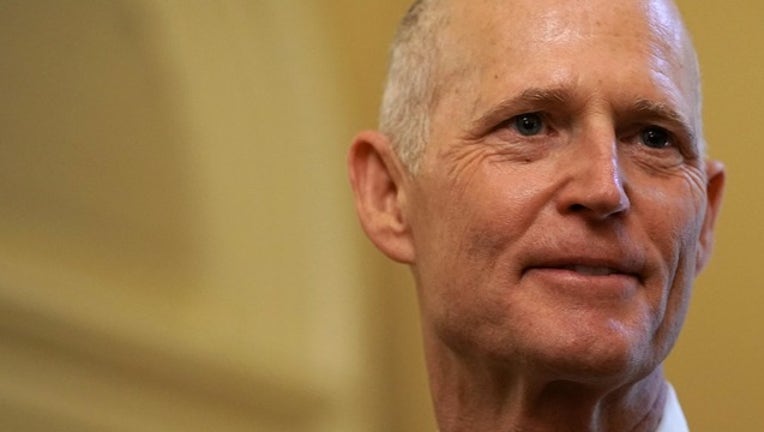 Daniel Nordby, a lawyer for the Republican governor, told a federal judge Wednesday that Scott will recuse himself from the state's canvassing commission. The commission is a three-member panel that officially signs off on election results in state and federal races.

Governor Scott also tweeted about the decision, saying that "Bill Nelson is confused and doesn’t even know how Florida works-- I have no role in supervising/ overseeing the ongoing recount process."

Senator Bill Nelson released a statement soon after this regarding his challenge of a state law that allows untrained election workers to throw out a ballot if they feel the signature doesn't closely enough match that voter's signature on file. His campaign team says that tens of thousands of ballots were reportedly rejected because of a signature mismatch.

"Given the closeness of this election, and the fact that the courts have declared signature-matching laws unconstitutional in several states, we expect this issue to be of considerable importance here in Florida. So I ask each of you -- just consider whether or not you would want your ballot thrown out by an untrained, even though well-intentioned, election worker or a volunteer, all because he or she determined that your signature doesn't look right," Nelson said. "It remains the most important goal of my campaign to make sure that every lawful vote be counted correctly in this Senate race, and that Floridians’ right to participate in this process is protected.”

Scott is locked in a tight Senate race against U.S. Sen. Bill Nelson that is the subject of an ongoing recount.

The League of Women Voters of Florida and another group have filed a lawsuit seeking to remove Scott from any official control over the election. Scott appoints the state's chief election official responsible for ordering recounts. Ballots, however, are counted by local election officials.

Some information is from the Associated Press (AP).