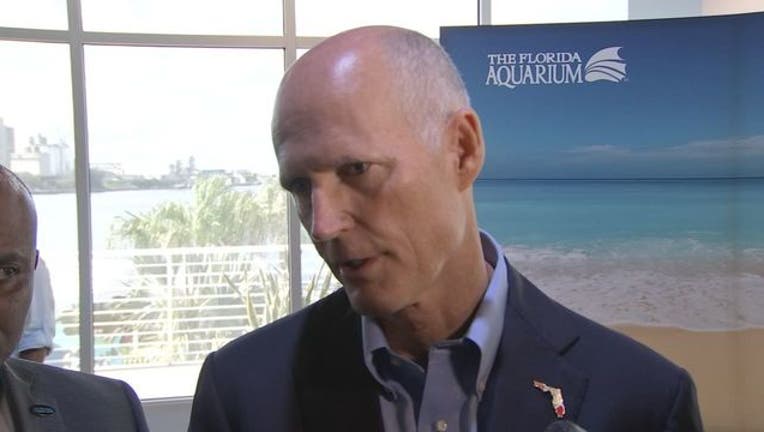 TALLAHASSEE (NSF) - Florida Gov. Rick Scott and Attorney General Pam Bondi, both strong supporters of President Donald Trump, decried racism and groups such as the Ku Klux Klan and neo-Nazis as reverberations continued Wednesday across the country after a deadly weekend in Charlottesville, Va.

Bondi, meanwhile, expressed support for a decision Wednesday by University of Florida President Kent Fuchs to deny a request to allow white nationalist leader Richard Spencer to speak on the Gainesville campus next month. Fuchs pointed to safety concerns.

“Of course, we all believe in the First Amendment, but his priority as president of the University of Florida is to protect the students that go to that school,” Bondi said. “That's why I think that's very important.”

Scott and Bondi, however, kept their distance from a controversy about statements Trump made after members of the “alt-right” rallied in Charlottesville, leading to clashes with counter-protesters.

The governor said he was disgusted by what took place in Charlottesville and said a white supremacist “murdered” a woman by driving a car into a crowd of counter-protesters. Scott noted that the woman, Heather Heyer, 32, was about the same age as one of his daughters.

“There is no place in our country for racism, bigotry, the KKK, neo-Nazis, white supremacists,” Scott said. He added: “There is no moral equivalence between the two sides.”

Scott said he would urge everyone, including the president, to focus on unity. But when asked about a Trump comment referring to “some very fine people on both sides,” Scott said that is a matter for the president.

“You can ask President Trump what he said. I've been clear,” Scott said.

Bondi said her office on Tuesday secured the convictions of two members of the Traditionalist American Knights of the Ku Klux Klan who had worked as state correctional officers. The men were accused of plotting to kill a former inmate who is black.

“Racism is alive and thriving in our state and country, and it will not be tolerated,” Bondi said.

Bondi said she intends to make her opinions clear the next time she speaks to Trump. But Bondi, who said she continues to support Trump on economic and health-care issues, noted that Trump isn't easily swayed in his views.

“Nobody is going to tell him what to do, I think everyone knows that. He's his own man,” Bondi said. “If I talk to him, I'll find out what his thoughts were when he said it. But I haven't talked to him.”