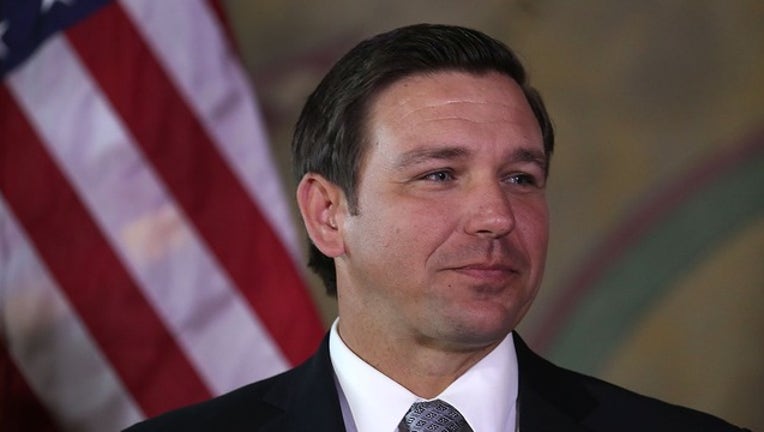 TALLAHASSEE (NSF) - Saying that “we’re delivering on the promises that we made to the people of Florida,” Gov. Ron DeSantis on Friday signed a fiercely debated bill that bans so-called “sanctuary cities” in the state.

DeSantis signed the measure (SB 168) during an event in Okaloosa County and was joined by the measure’s House and Senate sponsors and U.S. Rep. Matt Gaetz, a Northwest Florida Republican who is a close ally of the governor.

The bill was one of the most controversial issues of the 2019 legislative session and came after DeSantis vowed during his 2018 campaign to prevent sanctuary cities. The bill is designed to spur local law-enforcement agencies to fully comply with federal immigration detainers and share information with federal immigration authorities after undocumented immigrants are in custody.

Under the bill, local governments would be required to "use their best efforts to support the enforcement of federal immigration law."

DeSantis said Friday the bill will help ensure the safety of communities. “This is about the rule of law,” he said. “It’s also about public safety.”

But opponents blasted DeSantis for signing the measure, which was sponsored by Sen. Joe Gruters, a Sarasota Republican who doubles as chairman of the Republican Party of Florida, and Rep. Cord Byrd, R-Neptune Beach.

Opponents have argued, in part, that the bill will lead to increased detention and deportation of undocumented immigrants, including people stopped by police for minor offenses.

An arm of the Southern Poverty Law Center issued a statement Friday alleging that the measure violates the U.S. Constitution’s Fourth Amendment ban on unreasonable seizure.

“The legislation signed by Governor DeSantis today is unconstitutional, and Republican lawmakers knew this when they fast-tracked the bill to appease anti-immigrant voters and use racial grievance to drive a wedge between Floridians,” said Scott McCoy, senior policy counsel for the SPLC Action Fund. “This law forces local and state police to detain people for federal immigration authorities without probable cause.”