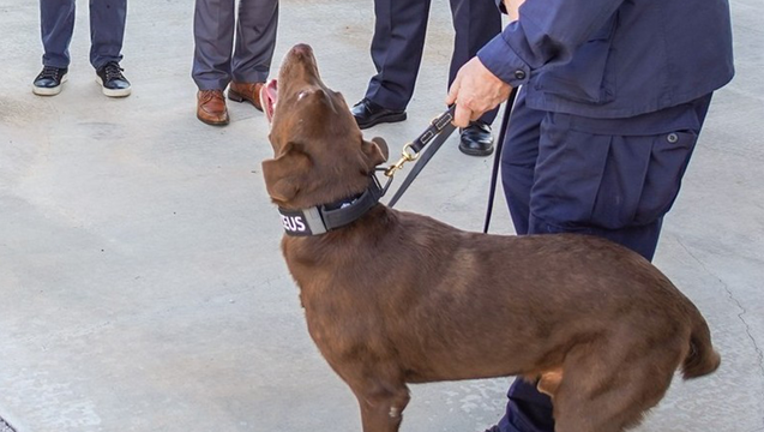 Miami-Dade firefighters held a demonstration Wednesday to show off the recovery tactics of a special K-9 unit.

The Miami-based, 210-person Florida Task Force 1 has responded to numerous disasters, including the Florida Panhandle after Hurricane Michael and in Haiti after the 2010 earthquake.

"You have to prepare your dogs physically and mentally, as well as yourself, for the heat and type of disasters that we can be faced with," Miami-Dade Fire Rescue Capt. Kristian Labrada said.

The K-9 unit has a minimum of 12 certified search and rescue dogs with an extensive list of rescues. In the demonstration at the Miami-Dade Fire Rescue Training Facility, three dogs individually found a volunteer hiding inside tires.

Bailey, a 1-year-old black Labrador, and Zeus, a chocolate Labrador, showed off their keen sense of smell. Their handlers scratched and patted their exuberant dogs and offered words of encouragement before they zoomed off to make their handlers proud.

Florida Chief Financial Officer Jimmy Patronis attended the demonstration and said he hoped they would have minimal deployment.

"We must prepare now for these disasters, so the men and women don't have to do the deeds of saving," Patronis said.

Addressing the public, he added, "We want you to be evacuated safely so they don't have to worry about saving your lives."

Patronis said the best form of safety is preparedness. His office has launched a new initiative, PrepareFL , which includes information on disaster preparedness, as well as rebuilding life after a hurricane.

The Atlantic hurricane season runs from June through November.