ORMOND BEACH, Fla. (WOFL FOX 35) - It was one terrifying morning for an 11-year-old girl and her mom.  The young girl scared off two creeps who entered their Ormond Beach home, through her window.

"I was laying down, playing on my Kindle, and they just came from out of nowhere, and they cut the screen and pulled it off," the 5th-grader told us. "One guy looked at me."

She was home sick from school. Her mother was gone, taking her other kids to school. Gone just 10 minutes, when two guys tried breaking-in. When mom returned, home she told us her daughter was hysterical.

Deputies showed up and found the thieves left behind finger prints and some sunglasses. Earlier this week, a lawnmower and weed whacker were stolen from their front porch. Deputies said they have had similar break-ins lately in the area. 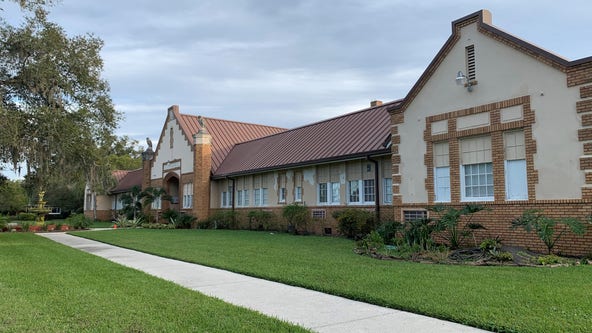