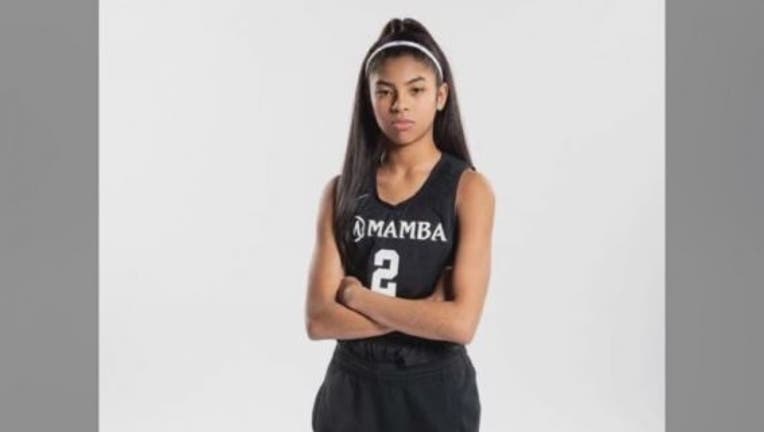 In honor of her late daughter’s memory, Vanessa Bryant announced two projects, with proceeds going to the Mamba and Mambacita Sports Foundation, as Gigi was known for her passion for sports and her philanthropic heart.

The nonprofit organization is "dedicated to creating a positive impact for underserved athletes and boys & girls in sports," according to its website.

By popular demand, Vanessa restocked the MAMBACITA X DANNJO collection. It was initially released on Gigi’s heavenly 15th birthday and quickly sold out. After it was released, several athletes and celebrities wore the collection to show their support for the Bryant family.

In addition, Nike is releasing the highly anticipated Kobe 6 Protro "Mambacita Sweet 16" shoe. Nike said in a press release that its relationship with the Bryant family "will focus on championing a new generation of fans and encouraging youth participation in sport."

Before his untimely death, Kobe Bryant worked with Nike for years. In 2021, the Bryant estate elected not to renew its deal with the global shoe giant. However, it was announced last month a new deal was reached.

"Kobe Bryant means so much to so many of us, not just NBA fans but globally beyond the game," said John Donahoe, President & CEO of NIKE, Inc in a press release. "His impact in growing the sport, particularly encouraging women and young people to pick it up, endures as one of his deepest, lasting legacies." 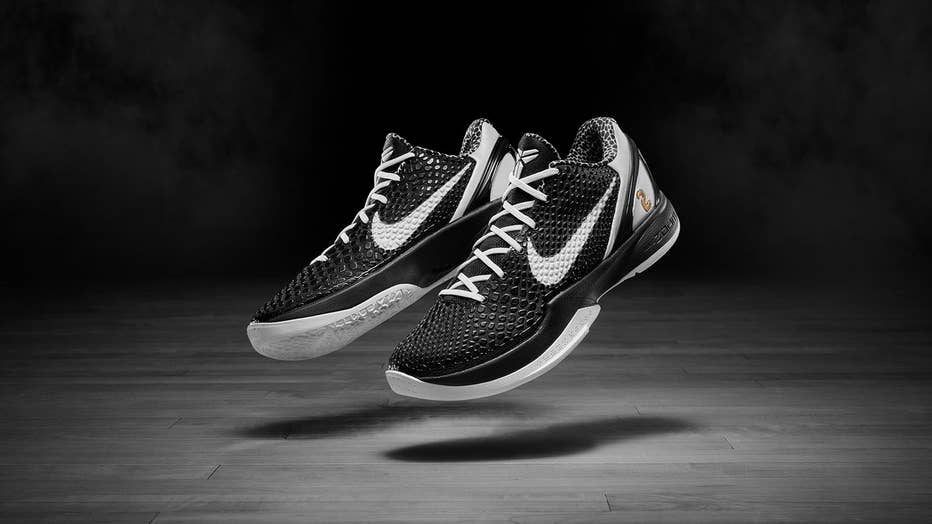 The black-and-white colorway "symbolizes Gigi Bryant’s impact on basketball and her goal to build a better, more inclusive future for the game," Nike said.

Vanessa Bryant and Nike also said they will work together to build a youth basketball center in Southern California.

The clothing line is available now, and the shoes are set to be released on May 1. 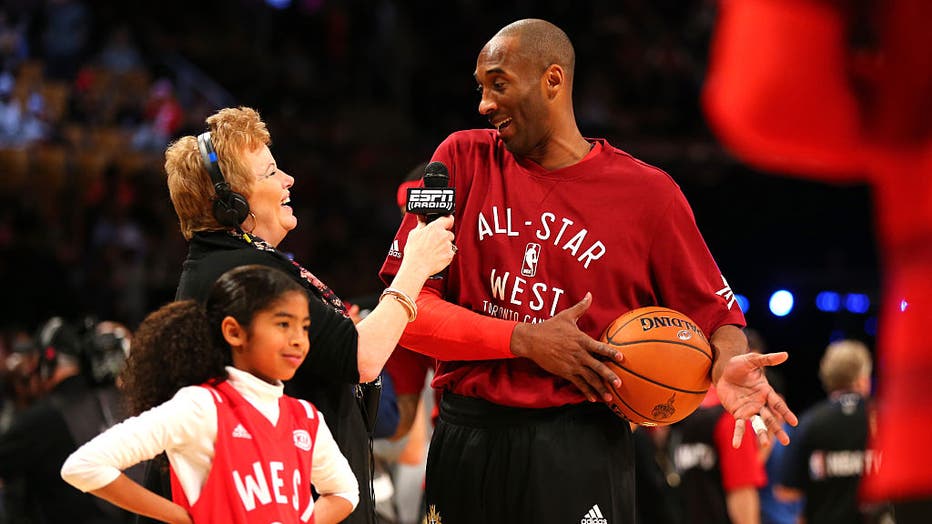 TORONTO, ON - FEBRUARY 14: Kobe Bryant #24 of the Los Angeles Lakers and the Western Conference warms up with daughter Gianna Bryant during the NBA All-Star Game 2016 at the Air Canada Centre on February 14, 2016 in Toronto, Ontario (Photo by Elsa/Ge

Gigi, the daughter of Vanessa and Los Angeles Lakers icon, Kobe Bryant, had a mission to carry on her father’s basketball legacy. 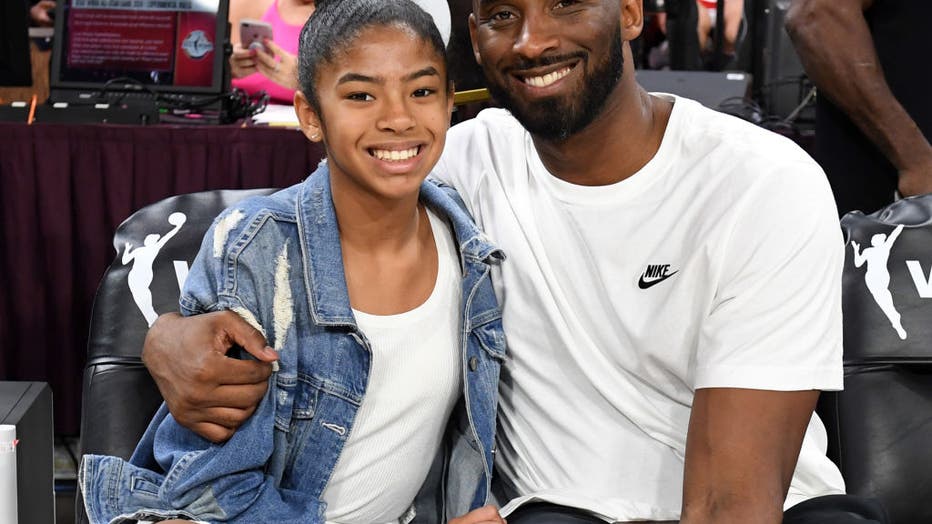 In Kobe Bryant's final sit-down interview with FOX 11's, he talked about Gigi handling the pressure at the free-throw line.

In his final interview with FOX 11, Kobe Bryant shares how his daughter handled the pressure of winning a game while at the free throw line.

"She looks up, looks at it, she closes her eyes, and takes a couple deep breaths. She completely calms down, and she goes does to the free-throw line and drains them. Wins the game! Alright man!" Mr. Bryant said filled with pride and excitement.

On an appearance on Jimmy Kimmel Live!, Kobe confirmed his wife, Vanessa, went into labor with Gianna shortly after winning a playoff game against the Phoenix Suns on April 30, 2006. The Lakers challenged the Suns to a seven-game series but ultimately lost in the first round of the 2006 NBA playoffs.

The Men in Purple and Gold later went on to win back-to-back NBA championships in 2009 and 2010.

After retiring from the NBA in 2016, he was able to spend more time with his family and started coaching Gigi's AAU girls' basketball team, Team Mamba.

Gigi's dream was to play college hoops at UConn before declaring for the WNBA draft.

Gigi was 13 years old when she passed away.

Her life, along with her father's and seven others, were cut short in a tragic helicopter crash on January 26, 2020. Basketball coach and mother, Christina Mauser, two of Gigi's teammates, 13-year-old Alyssa Altobelli and 12-year-old Payton Chester, along with their parents were also killed in the crash.

The eight passengers were bound for a girls' basketball tournament to what was then called the Mamba Sports Academy when the aircraft crashed in the Santa Monica Mountains in Calabasas on what was a foggy morning in the Los Angeles area.

Gigi, Alyssa and Payton were named honorary draft picks during the WNBA virtual draft in April 2020.

Bryant loved being a "Girl Dad," and often called his daughters "princesses." #GirlDad began trending on social media shortly after the tragic crash as fathers celebrated their daughters in honor of Kobe and Gigi's close bond.

During his last appearance on Jimmy Kimmel Live!, he described his oldest daughter, Natalia, as the "calm, responsible and thoughtful one," and jokingly said his second-born, Gigi, was "like a tornado," and shared many of his personality traits.

"She was daddy’s girl, but I know she loved her mama. She would always tell me and show me how much she loved me. She was one of my very best friends," Vanessa Bryant said during her eulogy at the memorial.

Gianna Bryant is survived by her mother, Vanessa, her older sister Natalia, 19, and two younger sisters, Bianka, 5, and Capri, 2.