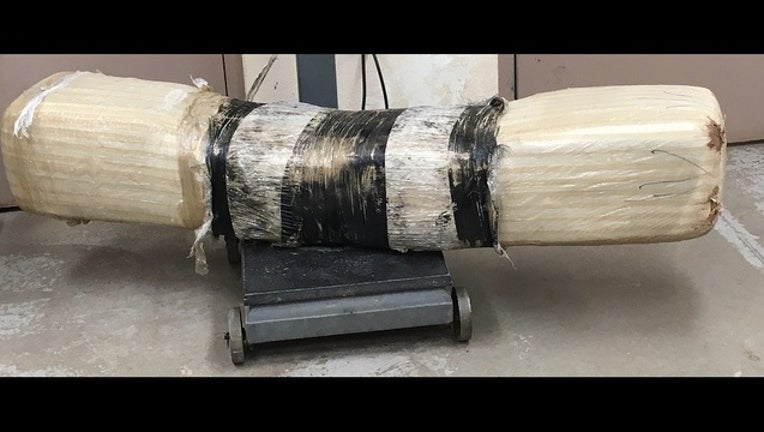 DOUGLAS, Ariz. (AP) - Border Patrol agents in southern Arizona have seized a nearly 100-pound bundle of marijuana after spotting it flying over the border fence on Wednesday.

The agents saw the large package after it was launched over the fence from Mexico to the U.S. through surveillance video. They found a large, plastic-wrapped bundle worth about $48,000.

Spokeswoman Stephanie Dixon said drug smugglers are increasingly launching massive bundles of pot over the border fence, posing a danger to nearby residents and businesses because of the weight of the bundles. She said she knew of one incident in which a bundle went through the roof of a dog house.

It's unclear what smugglers used to launch this particular package, but in the past they've used home-made catapults and air cannons.