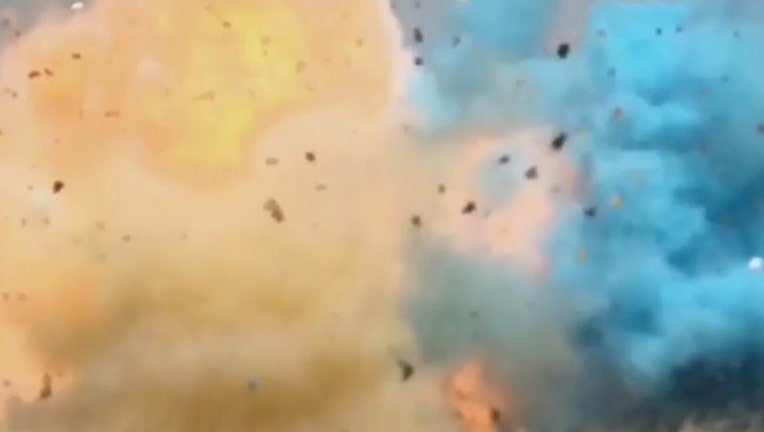 FOX NEWS - Ouch! A gender-reveal stunt for an expectant couple in Tennessee epically backfired when an exploding two-piece party popper hit the dad-to-be – smack in the crotch.

Over the weekend, Parker Stuard and his girlfriend, Micah, revealed the gender of their unborn child, who is due to arrive in November, Fox 17 Nashville reports.

Standing on a deck with the celebratory canisters in hand, the Chapel-Hill area pair smiled at each other as partygoers counted down from five, in a now viral video that has since been viewed over 7,800 times to date on Facebook.

Immediately, Stuard’s canister released a puff of blue smoke – as the bottom piece of the party popper nailed him below the belt.

Excited onlookers screamed in response to the news of the baby boy, before bursting into laughter, as Stuard folded over in pain.

"I reckon one child will be enough" the dad-to-be laughed in agreement on social media.