Two people are dead and three others injured in a shooting outside an Atlanta hookah lounge.

ATLANTA - A suspect has been arrested and charged with murder in connection to the shooting death of a well-known rapper.

The shooting happened Friday around 4 a.m. outside of the Monaco Hookah Lounge on Trinity Avenue near Forsyth Street.

According to the Georgia Bureau of Investigation, Dayvon Bennett, aka King Von, and two others were shot and later died as a result of their injuries. Homicide investigators announced Saturday that 22-year-old Timothy Leeks was charged with felony murder in connection to Bennett's death.

Investigators said Bennett and a group of men went to the downtown Atlanta location after leaving the Opium Nightclub where two men approached them in the parking lot and an argument began.

Police said the dispute became physical between two large groups of people. Guns were drawn, and the groups started shooting at each other, despite an APD patrol car parked in their line of sight, according to police.

"One of them was actually in his patrol car with his blue lights on, so visibility was there, but again the incident happened, so we're hopeful that with the GBI assistance we can get to the bottom of everything," said Deputy Chief Timothy Peek with Atlanta Police.

One of the off-duty officers along with an on-duty officer who was patrolling the area attempted to intervene, but Peek said the situation "continued to escalate with them being there."

Two people were killed, three others injured in an officer-involved shooting incident in Atlanta.

He confirmed both officers fired at the groups. It has not been determined if the officers struck any of the five people, but Peek said it is highly likely.

According to APD, Bennett was shot during the initial shootout between the two groups prior to police responding and attempting to stop the shooting. Bennett was not located at the scene, but arrived at a hospital shortly after the shooting, via private vehicle. 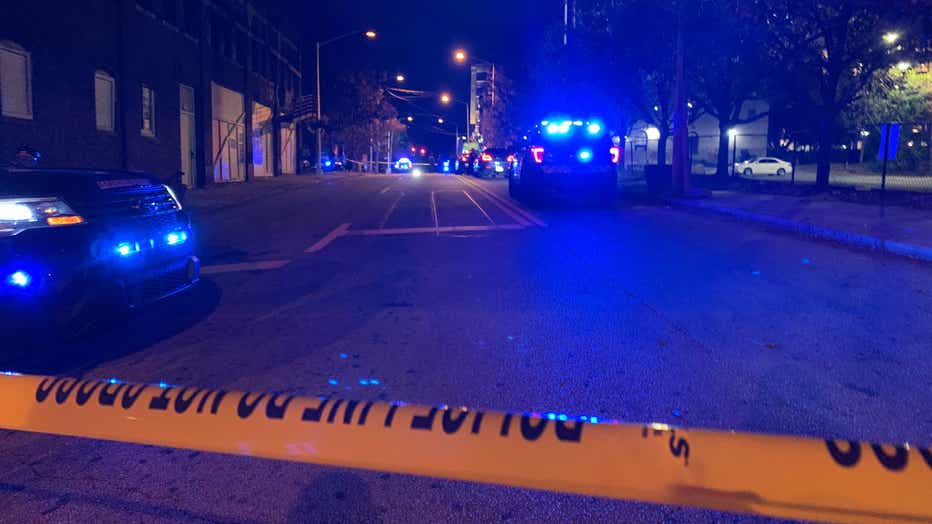 “We are coming for you,” Atlanta Police Sergeant John Chafee said.

In a video given to FOX 5, two groups of men can be seen fighting before taking out guns and shooting.

“We believe he was shot in the initial exchange of gunfire within the two groups and that’s what lead to police involvement to where police engaged the shooters,” Chafee said.

The Georgia Bureau of Investigation was brought in to investigate the officers involved.

FOX 5 spoke to a witness, who said he was pulling up to work as shots were being fired. He described the scene as chaotic.

A sixth person was hospitalized, after being struck by a car fleeing the scene.

Investigators continue to search for that driver along with anyone involved in the chaotic incident. FOX 5 spotted one person being detained on the scene.

Police later confirmed on Friday afternoon that two suspects had been detained on the scene. 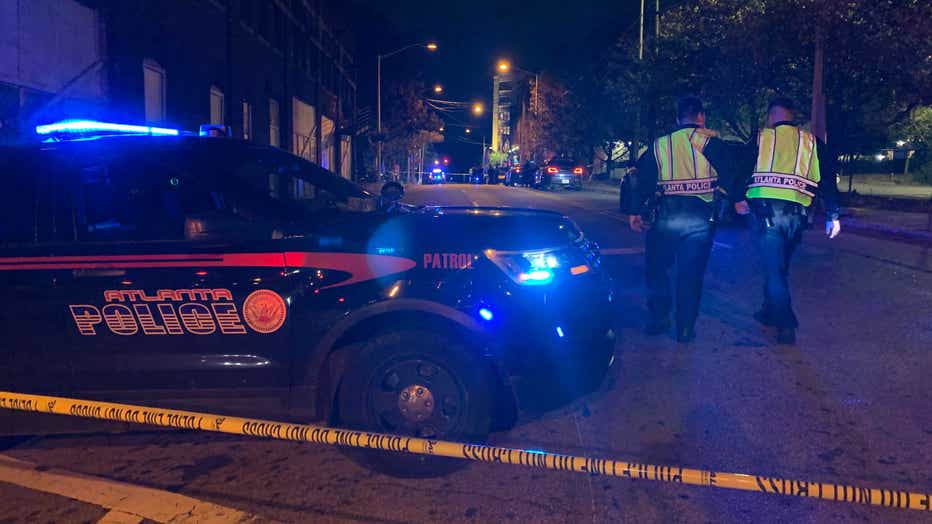 Leeks is in police custody at Grady Hospital, where he is being treated for a gunshot wound.

Relevant information can be given to Crime Stoppers or the Georgia Bureau of Investigation, which will lead the investigation since it is an officer-involved shooting.

This story has been updated to include the number of people killed.